Guy Martin Exclusive: “I never said this publicly but I had finished racing 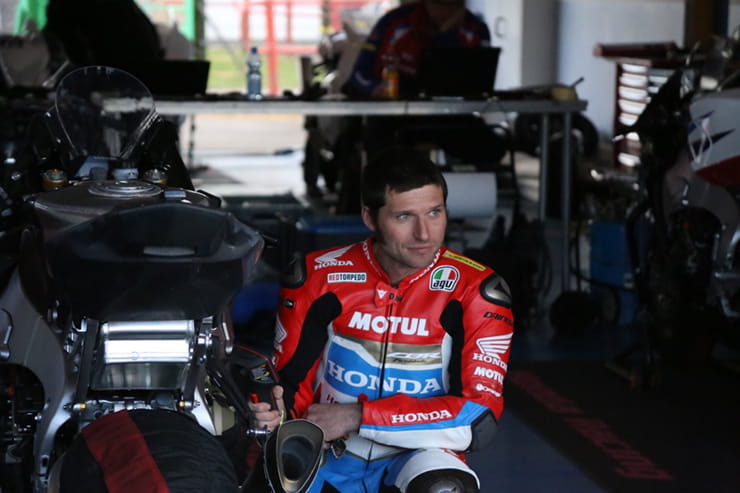 Truck mechanic, mountain bike racer, Transit fan devotee, bobble hat tycoon, engineer, best-selling author and - last but not least, TT racer - Martin does it all. Today though, at Castle Combe for Honda and Dunlop’s pre TT test session, it’s all about the TT because this year, after missing TT 2016, Martin is back for TT 2017.

And he’s doing it in style - riding for Honda with teammate John McGuinness on the brand new Honda CBR1000RR, aka the new Fireblade.

But after a year out, Martin is somewhat more philosophical about the TT. “I haven’t had time off,” he says “I’ve just been away doing something different.”

That ‘thing’ was the Tour Divide - an epic, gruelling cycle time trial across the borders of the United States of America. The Tour Divide route takes in the Canadian provinces of Alberta and British Columbia, the mountainous American states of Montana, Idaho, Wyoming, Colorado, and finally, New Mexico. At 2745 miles, it is the longest off-pavement cycle route in the world and the equivalent of summiting Everest at least seven times.

And as if that weren’t enough, competitors have to ride unsupported in between urban areas and self-supported in towns - whether that means camping in the woods or squatting in a cheap motel. Martin completed the Tour Divide in 18 days and six hours. The average competitive completion tim is 25 days.

So that sort of makes the TT look like a doddle. It also opened Martin’s eyes to another world. “Doing it made me realise I should have packed in the TT four years ago. The TAS team have been brilliant and that team was the best and but you just get into groundhog. You’d finish one TT and then next thing is that the ball would be rolling and you’re getting ready for the next one and you couldn’t break the cycle, you just couldn’t break the cycle.”

“TAS were the best team and it was great. But that was why I loved doing it. I liked being with the team and it took me to stop doing that. I just loved that whole thing of going to race your bike with the lads you knew - all that was always a good crack. And it was. But then I realised that there is more to life than racing motorbikes.”

But now he’s back. With a new mindset and on his terms. 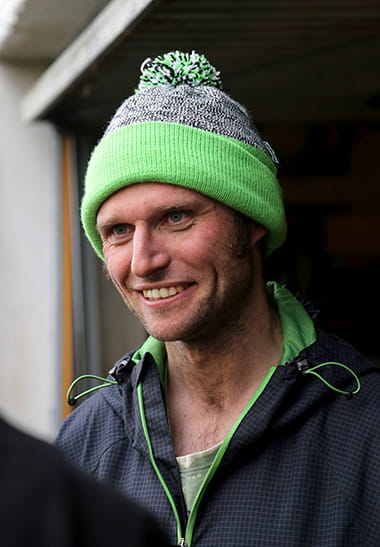 “I’m back racing bikes and I can do what I want,” he says. There are other perks too…

“I get the ride the Honda Six,” he says. “It’s one of three iconic motorbikes in the world.”

But back to the TT…

“I initially came back and signed up because it was Honda. I’ve ridden a Honda but I have never rode for Honda - and on Dunlops! But that’s not to say there’s anything wrong with Pirellis. I was going into the team on my terms. I don’t have to do any press or anything like that I just get to ride the bike.”

So with the no-press deal, the factory package and the freedom to choose which races he wanted to compete in, it was a no-brainer for Martin.

He said: “I never said this publicly but I had finished racing but Neil Tuxworth kept coming and coming back. I like the man and he made it where I can’t say no.”

Riding for the Honda factory team also meant that, perhaps, this could be the ingredients for that long-anticipated TT win. He has, after all, the holy trinity of requirements: a great machine, Dunlop tyres and a speedy man in the saddle (let’s not forget that Martin is among the fastest around the Isle of Man).

“Obviously, this was my best chance of success at the TT,” he said. “Even though that didn’t bother me. People are saying ‘you could win a TT now’ and yes, I would like to win a TT but it’s not the be-all-and-end-all. It’s only a motorbike race.”

And here, Martin’s enlightened life-outlook kicks in: “It’s a motorbike race and it is great but you have to open your eyes.”

And it’s because he’s opened his eyes that he’s agreed to race this year. “That’s why I thought about racing now because I’m planning my next adventure, which I’m going to do next year.”

However, what he thought would be a pursuit of pure racing has become something of a technical adventure.

“Now I’m seeing it as a different thing. I’m probably more into it now than I was at the start because it’s all development.”

Indeed, McGuinness and Martin have been helping Honda develop the new Fireblade by feeding back their analysis to the marque’s research and development department in Japan.

But he’s quick to add that this development is far from revolutionary. This is not, he says, anything like the development of the Honda RC166 - the ‘Six’.

“That was groundbreaking. We’re just refining this bike. The thing is far from a heap of sh*t. It’s a fu*king good motorbike and what we’re trying to do is get the upmost out of it. We’re fine tuning. We’re not re-inventing 250cc machines.”

But technical innovation is really where Martin’s at. “That’s why I raced at Pike’s Peak,” he said. “Because no-one had ever done that before with a turbo bike and that made me realise that I should have stopped racing a long time ago because I enjoy building stuff more than I do riding stuff but to combine the two this year is great.

And as for next year’s adventure, he says: “I’ve got a couple of jobs on. I’m building a special pick-up truck car. I’m going to and race that next year and race it at Pike’s Peak the year after, which is a real revolutionary thing, it’s the oddest thing but it’s going to be trick as fu*k.”

But that’s a way off. With only a few weeks to go all focus is now on the TT, with the Northwest just before. “That’s a means to an end,” he says. “We’ll learn a bit more about the bike and make the bike better and then move onto the next race and make the bike a bit better. I’m going through that with a very pragmatic approach and I like that.”

“It’s a journey. That’s what it is,” he says, with the sort of wisdom you expect of a Buddhist monk. But then, with Martin, you never know: maybe ‘Buddhist monk’ will be on his list next year. 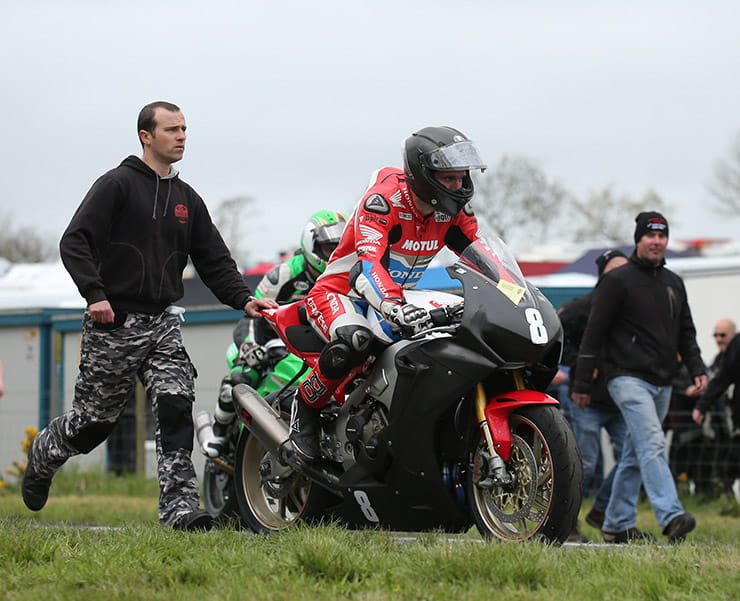