they have announced the first Pintys dirt race. I guess this is the replacement for New Hampshire! The rumored replacement for st eustache is Circuit ICAR in Mirabel
https://speedsport.com/nascar/touring-series/ohsweken-to-host-first-pintys-series-dirt-race/
A

I wish they'd have a race in BC again. Sucks Motoplex was a good track and a 300 lap race.

AuzGrams said:
I wish they'd have a race in BC again. Sucks Motoplex was a good track and a 300 lap race.
Click to expand...

Even if they went back I doubt they would make it a 300 again. That was just continued from the CASCAR days. Seems like they only do 300s at smaller tracks like Edmonton, Chaudiere and Riverside. BC is a half mile, right?
Never got to make it to that one unfortunately so I hope it returns as well. I’ve been to nearly every track that the series has done (and every current track except Saskatoon)

The schedule has been leaked on facebook, it hasn’t been officially announced by NASCAR so it’s possible there could be some other changes.
St-Eustache, Riverside and New Hampshire are out. Mirabel, Ohsweken and Sunset are in.

So glad Circuit ICAR is back on the schedule. Hope they run that same short road course that used to produce great action. Is TSN done doing those edited events that used to be on YouTube?

sky said:
So glad Circuit ICAR is back on the schedule. Hope they run that same short road course that used to produce great action. Is TSN done doing those edited events that used to be on YouTube?
Click to expand...

Love Mirabel, i've only been there twice but its a great place to see a race. Since its an airport circuit you can see the whole track from the grandstands as well, which is great. Thats the one thing i hate about normal road course racing, can't see anything...
The Edmonton airport city that indycar and pintys used to go to was great as well.
TSN still does the 1 hour shows for all of the races, same as they have since NASCAR bought the old CASCAR series in 2007. Those ones that are on youtube were not uploaded by NASCAR or TSN, just a fan capturing and uploading them. Unfortunately that fan has apparently quit uploading there.
They were also all shown live on FansChoice.TV last year and most of those can be found uploaded by fans on youtube.
Hopefully fans in the states will have some way to access the races next year.

NASCAR increases purses for every Pinty’s Series race in 2020

“As the NASCAR Pinty’s Series prestige grows, the stakes continue to rise,” said Brandon Thompson, NASCAR Managing Director of Touring Series. “The series attracts the top drivers and teams in Canada, and the winner’s purse increase will further strengthen the level of competition.

Coronavirus has already seriously impacted the Pintys series schedule. The season opener at Mosport has been postponed (hopefully rescheduled to another weekend or as double header with the September race), Trois Rivieres (which if you have ever been, you would know is by far the biggest race for this series) has been cancelled for 2020. Toronto Indy in July hasn’t been cancelled yet but is in serious doubt. The premier of Quebec has requested events to be cancelled until Aug 31 which would also cancel/postpone Chaudiere in June. The season opener at Jukasa June 6th also seems highly likely to be affected... Hopefully rescheduled to summer or as a double header with the Jukasa finale in September...
Unfortunately the weather is very sketchy in Ontario and Quebec in September, many of those late season races tend to be rained out from Saturday to Sunday... if they have to reschedule a fair amount of races to September/October it’s gonna be pretty tough.
I’m betting Canada will be stricter on restrictions that the states as well, so the whole season may be in doubt... this sucks 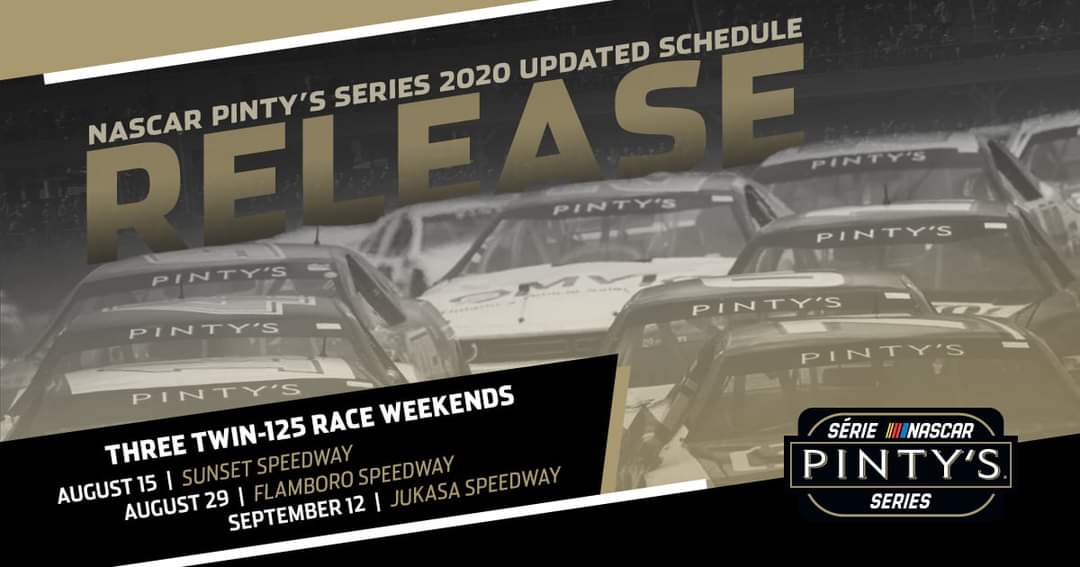