So sad to hear this. The definition of a legend. Came back from near-death injuries and won 2 more championships and succeed in other areas of business.
Last edited: May 21, 2019

Very sad, what a legend. RIP.

Hard to believe he could be gone after everything he went through. He was so active the past several years in his role with Mercedes, it sounds like with the lung transplant last year his health deteriorated in a hurry. Certainly an F1 and racing legend with a story which will never die.

Very sad news. Man he went through a lot and came out a winner.

Ron Howard's Rush is a very good movie and a fitting tribute to Lauda and that era. I'm a fan of Daniel Bruhl's portrayal. It gets about as close as a Hollywood movie can to capturing the spirit of racers.

70 is too young, but he left an indelible impression on generations of racers and fans.

Oh, I just learned of this, and I am so saddened by it. Such a great driver, great competitor, and he always did it his own way. I remember clearly that 1976 Japanese GP. I always felt it took far more courage for him to stop in protest than it would have taken to drive on just for the championship. I don't know how Ron Howard and "Rush" treated that day, but I remember how it really was (according to the F1 media of that time).

It is a fools errand to rank drivers from different disciplines of racing, or from different eras within a discipline. So all I'll say about that is that Niki Lauda was clearly the greatest F1 driver of his era. And it was a very challenging era, fraught with dangers unimaginable today, and cars that were hard to drive fast, cars that demanded skill and rewarded those who had it. And Lauda always had it.

Sad to hear the news.
Niki Lauda was the epitome of every rugged quality. I wish l could articulate my respect better.

Thinking about F1s killer years when so many drivers were killed, and Lauda's insane return after Nuremberg. Maybe l am just juvenile but you just don't or cannot get anymore badass than that.
I really enjoyed Rush it is an excellent movie, l am happy that they told such a worthy story. But reality is much more intense, and Lauda accomplished unimaginable things.

There are not enough words.
Respect.

Couldn't believe it when I heard it this morning.
Ever since I started watching F1 regularly at age 8 I was used to seeing him every two weeks as he worked on the German TV broadcast for pre-/post-race-coverage.
It is unbelievable to me how he was able to recover from his injuries and come back to win 2 world championships.
TBH, when I heard about the lung transplant surgery he had last year, I never had any doubt he would recover. Unfortunately I was wrong.

Thoughts and prayers are with his family, especially his eight-year-old twins. 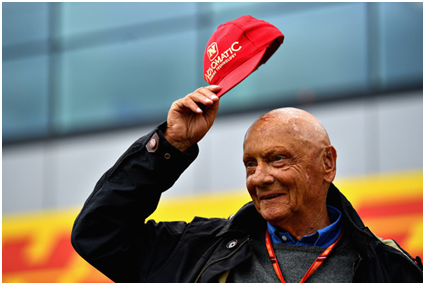 I remember the wreck and the aftermath. I followed F1 back then. I remember when he came back. The scars told the story. I remember thinking the same thing @Greg did, this guy is a badass. RIP Nicki, you are a Legend. 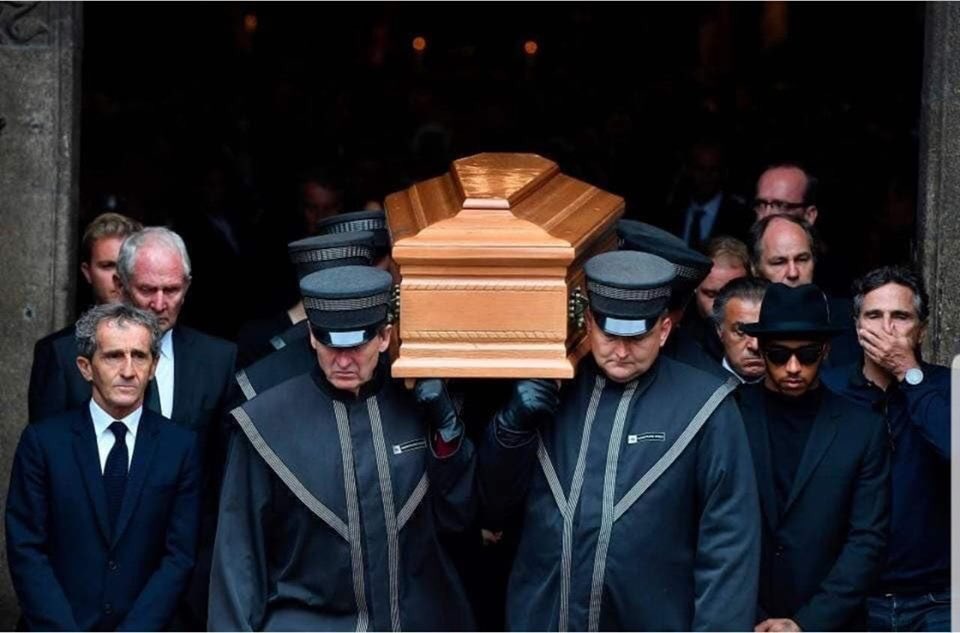 Among those in this solemn and striking photo are Lewis Hamilton, Valtteri Bottas, Nico Rosberg, Helmet Marko, and Alain Prost, and Gerhard Berger.

gnomesayin said:
Ron Howard's Rush is a very good movie and a fitting tribute to Lauda and that era. I'm a fan of Daniel Bruhl's portrayal. It gets about as close as a Hollywood movie can to capturing the spirit of racers.

70 is too young, but he left an indelible impression on generations of racers and fans.
Click to expand...

Ron Howard's Rush is an absolute masterpiece and a a criminally underrated/underappreciated movie.