I just want to draw some attention to the Champions Journal. I think it's one of the most amazing things that seems to fly under the radar. Maybe not many people know about it, or it just doesn't get talked about often.. but regardless I think it's an amazing tradition and I wish it had started sooner.

For thise who may not know, at the end of Jimmie Johnsons 5 championship streak he came up with the idea. He got a Journal and just filled a page with God knows what, and gave it to Tont Stewart, who then in turn did the same and gave it to Brad K in 2012, who gave it back to JJ in 2013... it just now been possessed by Harvick, Busch, Truex, Logano, Elliot, Larson, and of course now it will be given back to Logano for another year.

I can only imagine what it would be like to read this journal.. its a piece of NASCAR history still in the making and is only going to get better and better.

An amazing tradition started by one of the sports most amazing competitors and I think it kind of goes under appreciated by the fans. Probably because we'll never see it lol.

Finding this article is what even reminded me it exists and inspired me to make this thread. 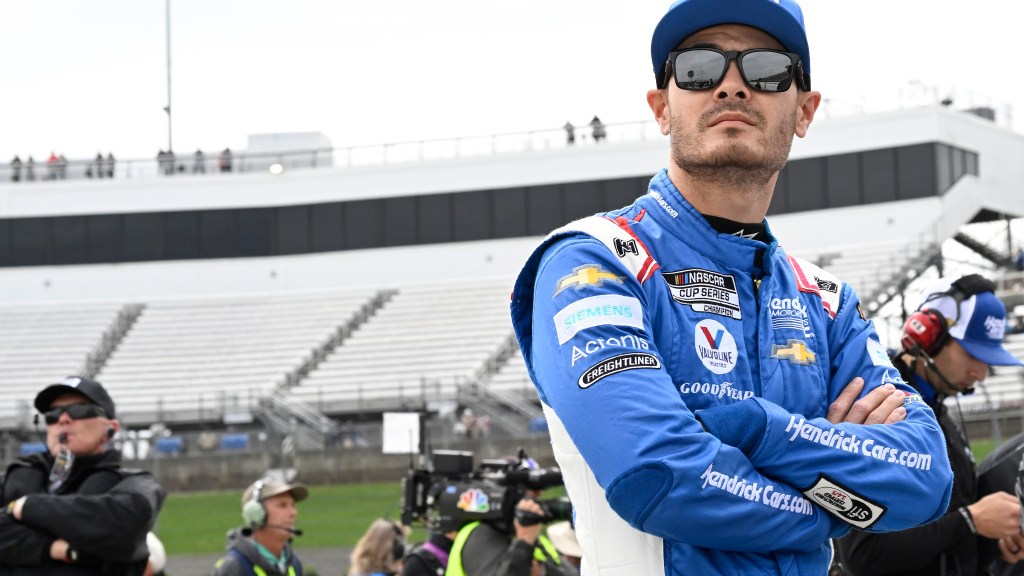 Larson gearing up to pass along champion's journal

Kyle Larson’s reign as NASCAR Cup Series champion ends Sunday at Phoenix Raceway as four other drivers compete for the crown, but he still has one more duty to fulfill in the coming weeks: The cham…

Yeah it’s something that really does seem pretty interesting. I’m sure they are some pretty amazing things in there. It’s one of those things that you want to see, but also know it won’t happen. The great mystery.
H

Blaze said:
Yeah it’s something that really does seem pretty interesting. I’m sure they are some pretty amazing things in there. It’s one of those things that you want to see, but also know it won’t happen. The great mystery.
Click to expand...

Since no one else sees it I wonder if they reveal any “secrets” they have gotten away with etc out of respect for fellow champions having earned the knowledge in their mind(s) or if it’s more of a congratulations type thing.