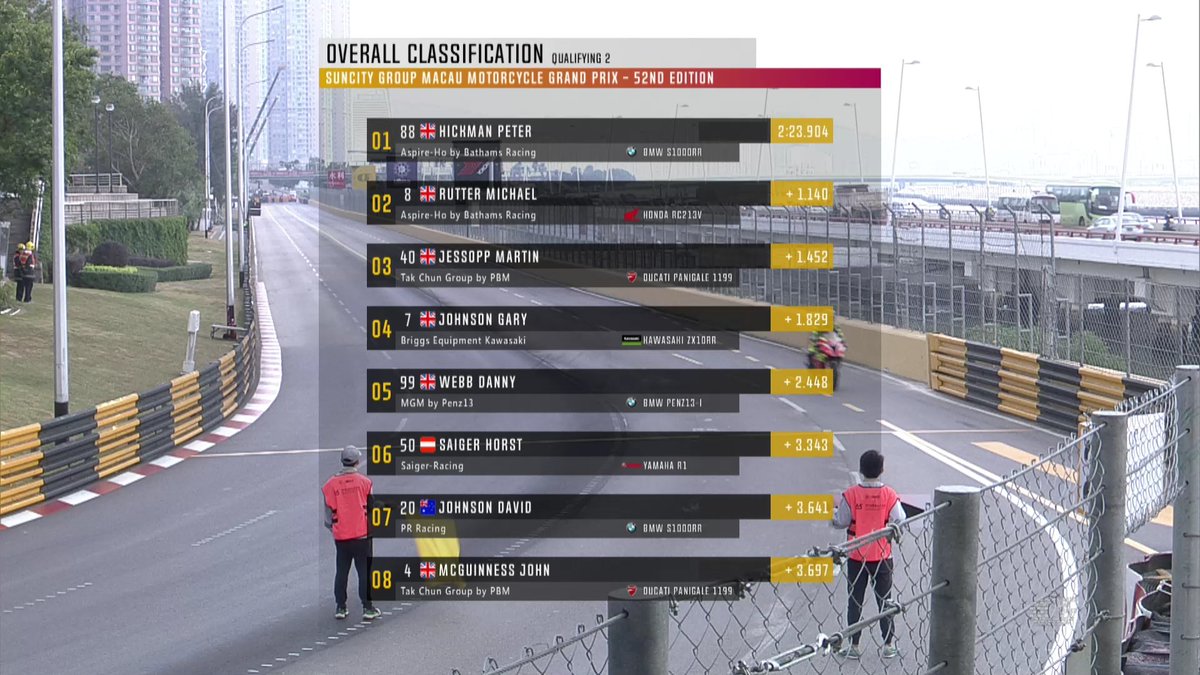 Onboard with David Johnson. As you can see Macau is scary as ****.

A few pics from practice and qualifying. 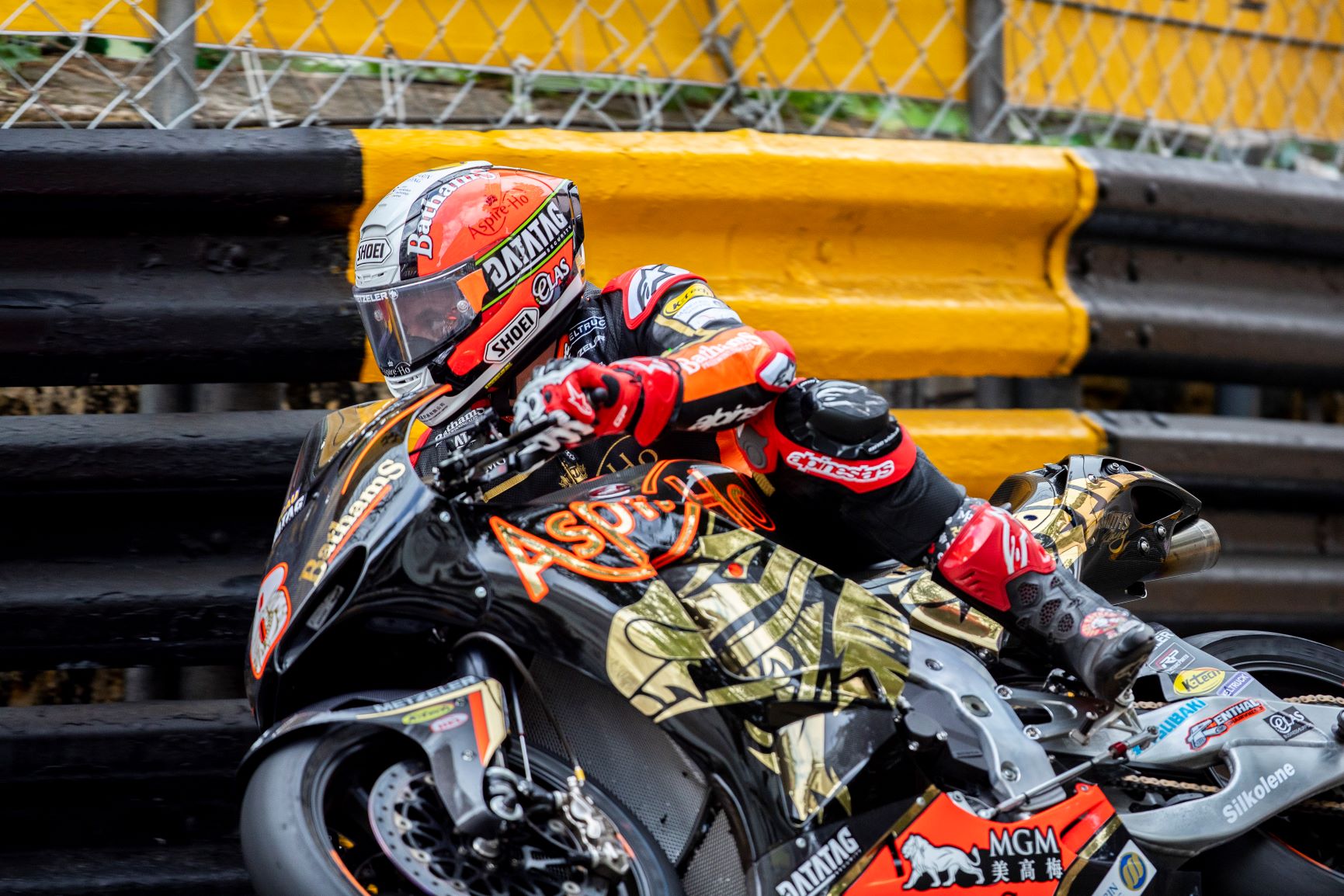 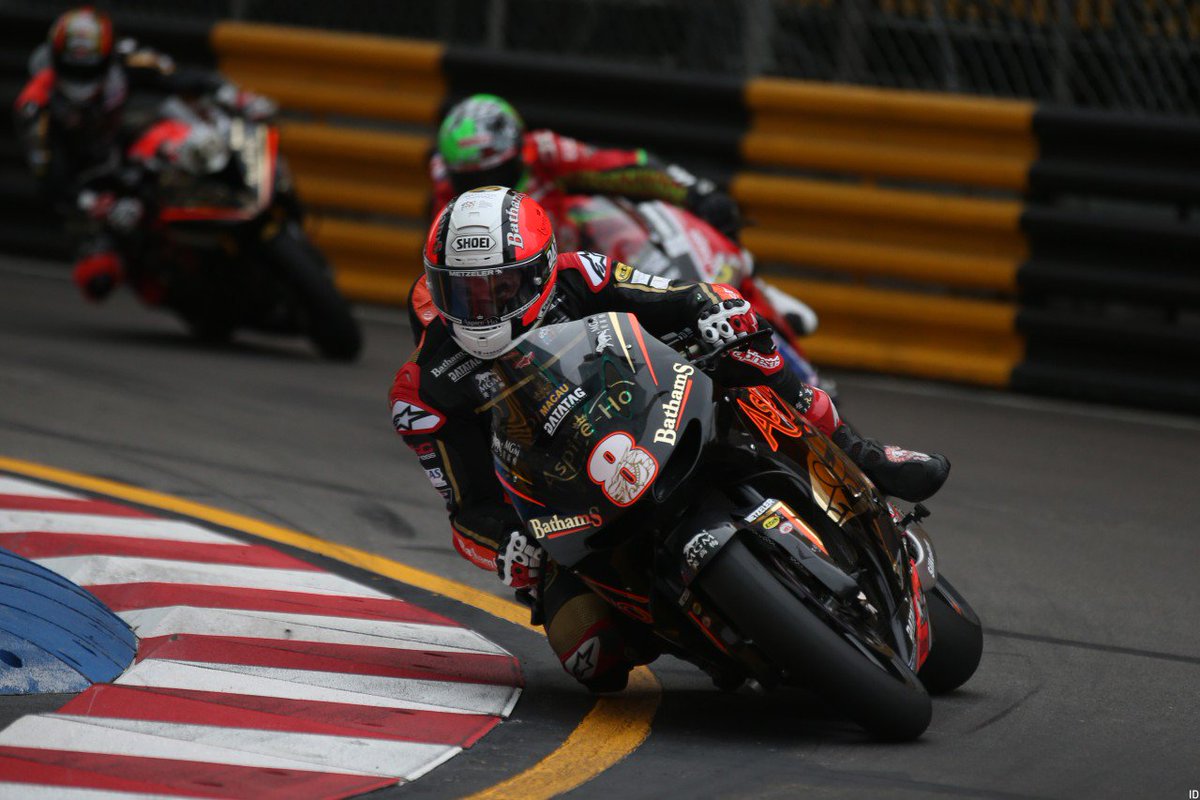 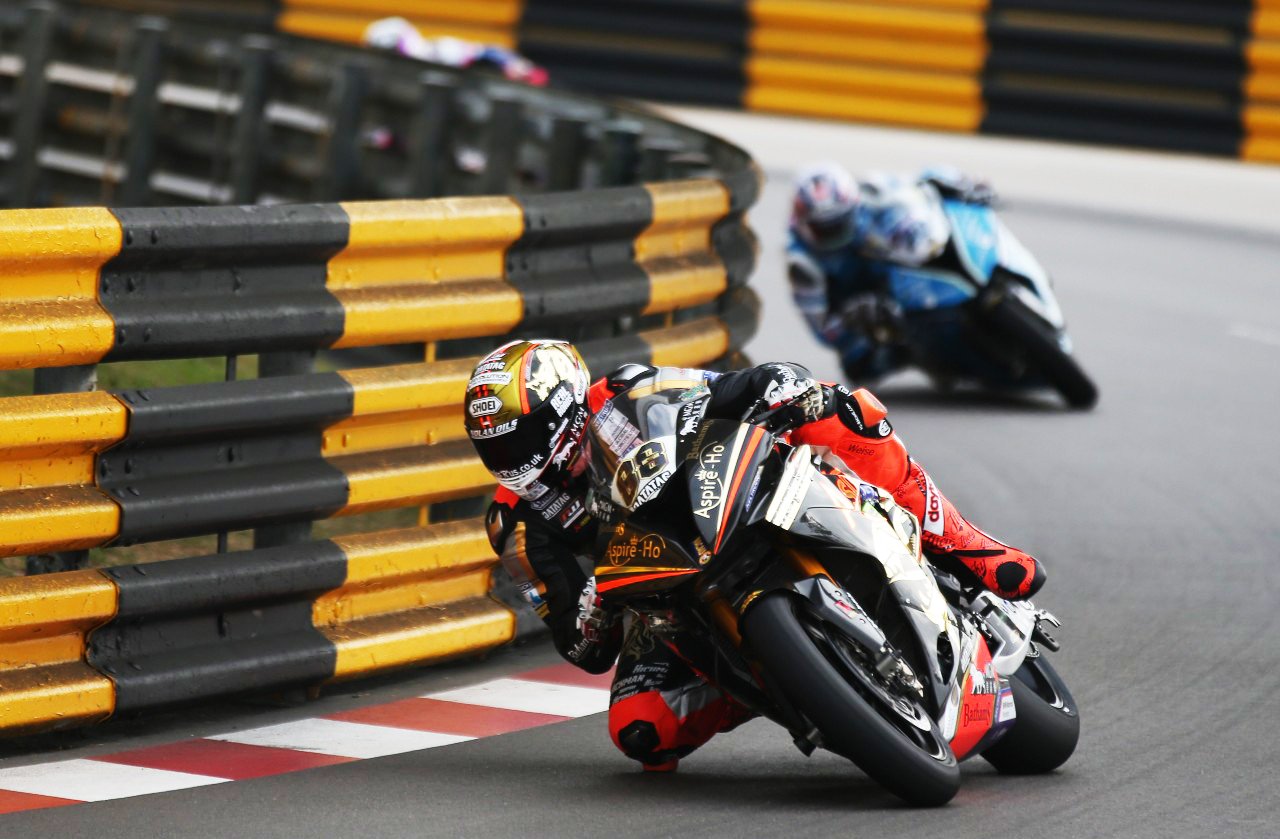 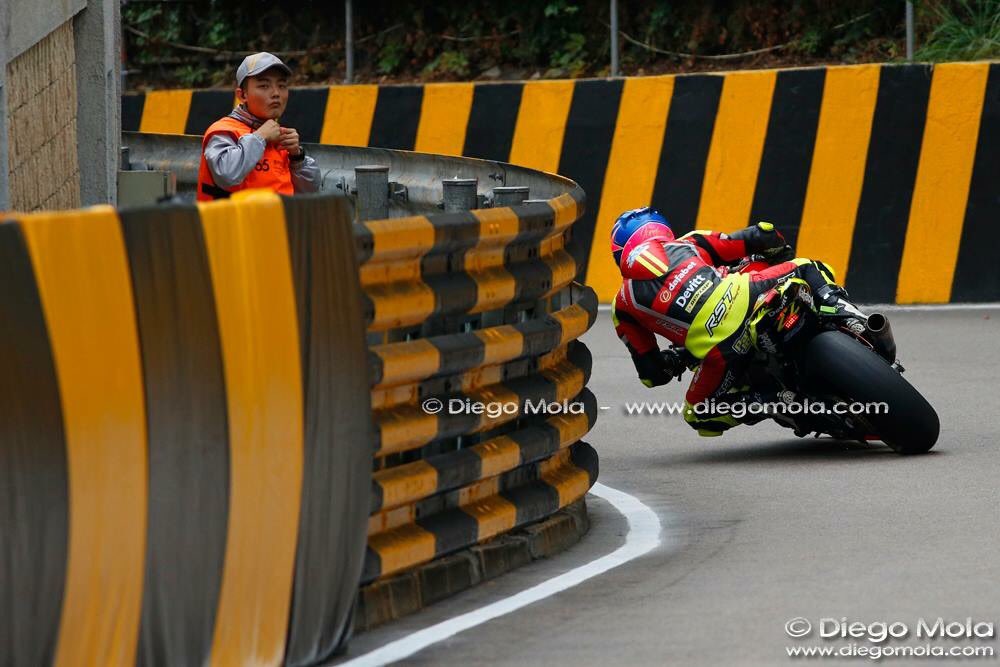 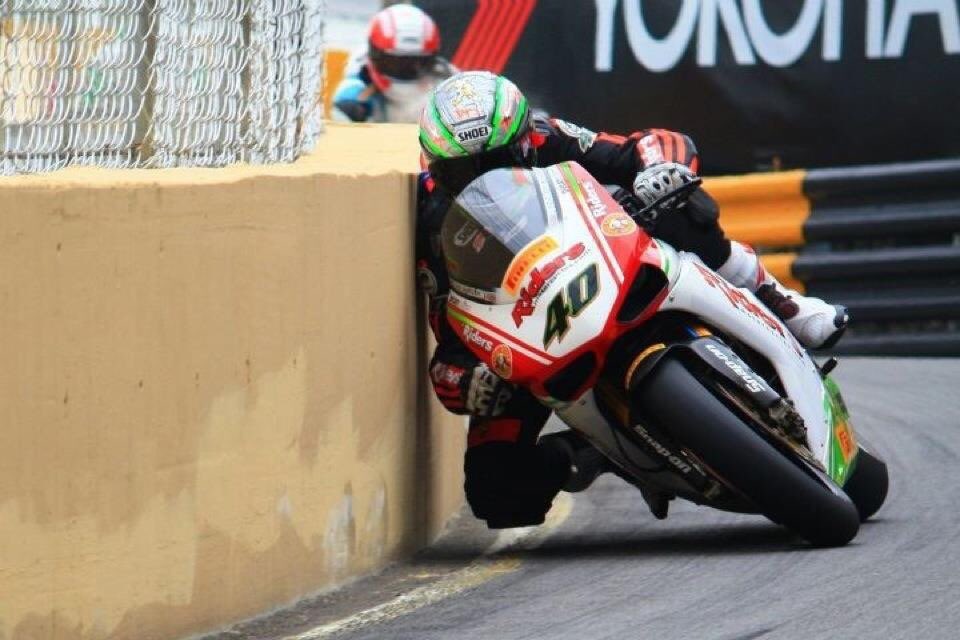 Damn live feed took a **** in the middle of the race. Anyway, Hickman wins and makes it a hat trick a Macau. 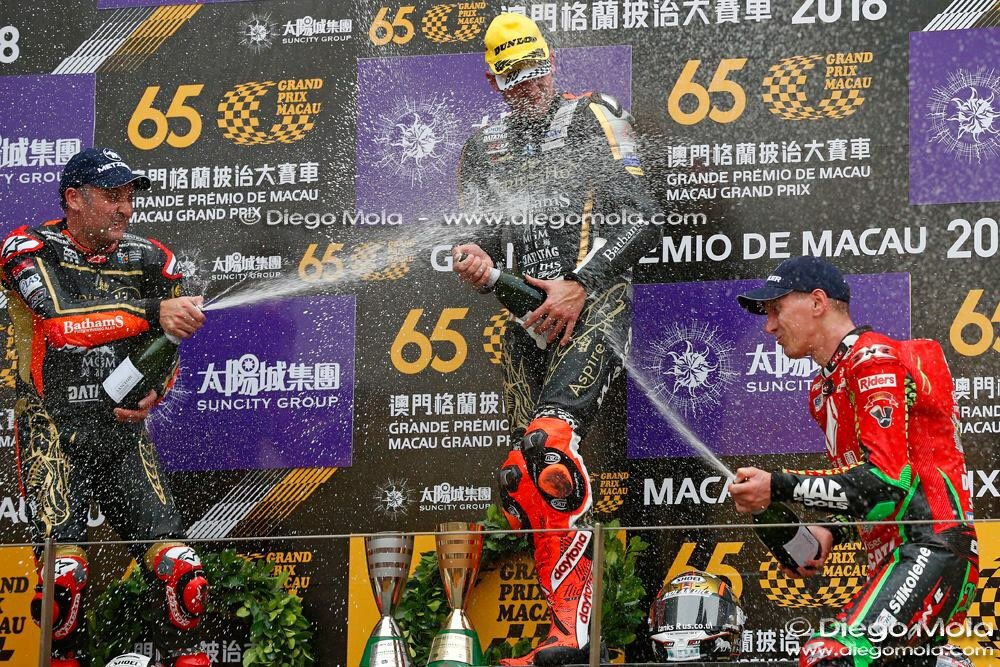 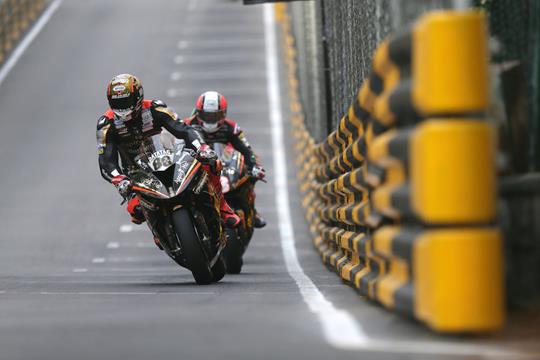 Hickman’s team-mate Michael Rutter had got the better of the Isle of Man TT record holder off the line to lead in the early stages on his MotoGP-inspired RC213V-S, but taking his usual ‘steady away’ approach, Hickman was immediately on the back of Rutter as five bikes broke away at the front with Danny Webb, Gary Johnson and Martin Jessopp scrapping for the final podium spot.

Taking the lead with nine laps to go, Hickman began to pull away on his BMW S1000RR, maintaining his lead until red flags came out with three laps to go after an incident at Fisherman’s bend.

Former Grand Prix star Danny Webb wasn’t able to hold off a strong charge from PBM Ducati’s Martin Jessopp, who came through to complete the podium. Webb took fourth ahead of Gary Johnson, who is still riding injured after a big crash at the Brands Hatch BSB finale. Horst Saiger completed the top six.

Australia’s David Johnson took seventh on the PR Racing BMW ahead of Irishman Derek Sheils, who took eighth on the Penz BMW ahead of newcomer Davey Todd.

Hickman who completed a clean sweep of victories at the international road races in 2018, having triumphed at the North West 200, Isle of Man TT and Ulster Grand Prix.

Hickman set a new absolute lap record at the TT in June at over 135mph and went on to finish fifth overall in the British Superbike Championship.

What was the red flag about?

DUN24 said:
What was the red flag about?
Click to expand...

Crash involving Ben Wylie and Phil Crowe. Luckily both of them were not seriously injured.

Here are some poor highlights of the race. Unfortunately, a full race replay is nowhere to be found.

Some wicked onboard footage of Horst Saiger who finished p6.