Enjoyed today at the track. I baled though when they needed to fix a tire wall that a BMW
brought down in the Pilot race. For the past 15 or 20 years , I have enoyed doing the autograph
lines. I think what really attracted me to it , was first , see the drivers up close, and secondly,
when I get the signed cards home is try and figure out which signatures belong to which driver.

I stood in a very long line for 1 hr and 20 minutes to get a certain autograph. I normally would never
do that but it was a chance to get 7 time Cup Champion Jimmie Johnsons. So all that time
yielded his autograph of two J's on the team card with his team mates signatures. I thought that was
kind of a bust.

Best autograph of the day > One of the last team tables that I got an autographed card had
2 drivers signing along with a young kid who looked like he was 6 or 7 years old putting his initials
on the team card. I said "Thats nice to have one of your pit crew to sign the card as well! " One of the
drivers said " He is the one who designed the livery of our car!". It was young Owen , a Canadian
race fan that won a contest to design the LMP2 Era Motorsport # 18 Crayon Car. 6 year old Owen signed it like
a pro - his 2 initials.

How’s the weather up there? I bet it’s pretty cool considering it’s a month later than usual. More night running than normal too. Might make things a little more sketchy today.

Its just beautiful weather for a Petit. Id call it a t-shirt and wind breaker weather.
Tonite when the sun goes down it will get cool quickly, low 40's. Freeze warnings in the
overnite tonite. Campers will be chilly Sunday morning. Cool track tonite should
make for some nice grip and hopefully increase confidence to make a few 2 tire
pass on the grasses which is always exciting.


He's been ill for a few days now and tried to push through.

What a huge bummer for everyone since he will be gone to WEC next year.
Now to go find some disinfecting wipes for his team card.

Hotrod said:
What a huge bummer for everyone since he will be gone to WEC next year.
Now to go find some disinfecting wipes for his team card.
Click to expand...

A piece of me wanted him to sign to the Corvette squad.

I'm happy for him though with his new family and everything. He was certainly fun to watch in IMSA, hopefully Peugeot will be open to more IMSA events in the future as well.

Well TV just said there wont be any grip tonite with the
cooler temps. I thought the tire temps would be able to get high enough
but with the estimated low air temps tonite,apparently not. Ugh,
this may be a challenging last 3 hours.

Noooooooo , not the Crayon Car ! Demolished on the front straight.

FLRacingFan said:
What on Earth

I'm glad Ricky is okay, along with everyone else. What in the world can cause a stack up like that?

Thats rough having the heaviest braking area of the track massively dusted down with speedi dry.

I'm glad Ricky is okay, along with everyone else. What in the world can cause a stack up like that?
Click to expand...

I bet with some of the extra entries and third drivers someone forgot it’s a free-for-all once the green is waved, no matter where you are on track. Those GTLM cars at the back were already flat out. 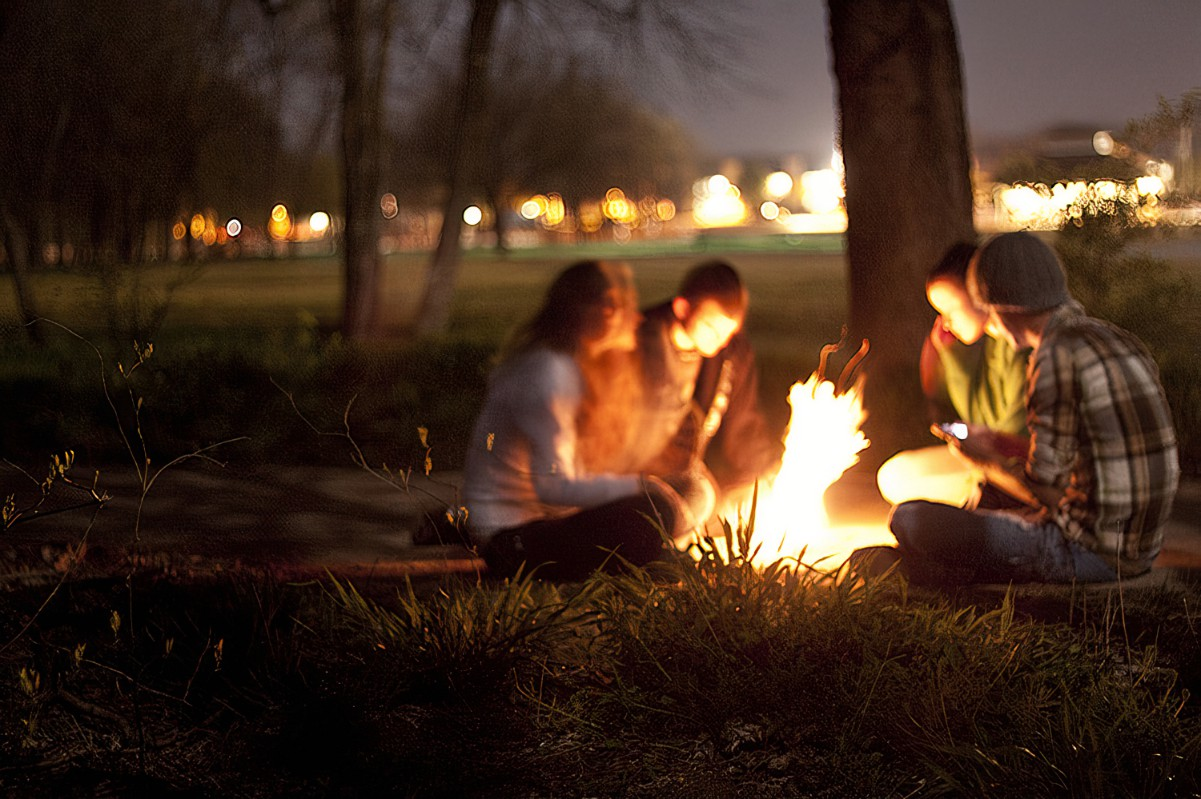 The 10 and 31 running nose to tail again, this championship is going to go down to the wire.

Ya know I can remember a couple frosty nites at the 24 hr of Daytona over the years so this is not unheard of.

LMP3 has been an absolute bloodbath.

A businessman by day and a really solid racer when he has to be.

All the Dpi's on the lead lap. What more could you ask for? Bravo Mazda!

Man, this season has been a test for Myers-Shank.

To see the 60 this competitive is a massive step after the type of season this team has had.

Cold tires will get ya.

The Mazda has really come alive, Nasr needs to make sure not to blow the title fighting for the race win.

Daym that one was close

What a way for Mazda to go out. Going to miss Mazda being around next season and just the overall consistent growth of that program over the years... Just to send it off this way, I wish they would stay to see out the DPi next season.
Last edited: Nov 14, 2021

Holy cow, what a nailbiter of a race.

Cooper gets carried to a Petit Le Mans class win.

Cooper gets carried to a Petit Le Mans class win.
Click to expand...

Did they swap? I thought the 97 was up front.

FLRacingFan said:
Did they swap? I thought the 97 was up front.
Click to expand...

I think so, I did not notice it until the end.

Kiante said:
I think so, I did not notice it until the end.
Click to expand...

They really brought a second, all-pro car just to take a win from them in the last seconds. MacNeils gonna MacNeil I guess.

They really brought a second, all-pro car just to take a win from them in the last seconds. MacNeils gonna MacNeil I guess.
Click to expand...

I don't get it at all. No reason to swap when the 97 was just flat-out better... What a mess indeed.
T

Sure enjoyed watching every minute of the Petite Le Mans on tv.

Hotrod, I can relate to your standing in line for autographs. In those few seconds up close with drivers you get memories that last about their personalities, And yes, some of those autographs are very nice and some are a scribbled mess.
B

I hated seeing Helio get taken out when they were in real contention. First, Shank really needs a win in this series. He was a big supporter of the P2/DPI concept from the beginning.

We missed out on a bit of history last night. Over the last 12 or 13 months Helio won three (I believe) IMSA race on the trot, the IMSA championship, the Rolex 24 (which I put on par with winning lemans) and then won his fourth Indianapolis 500. It was a real shame to see him not win the Petite on top of it. People talk about what Foyt and Gurney did in 67, but Helio's last 12 months was every bit as difficult and impressive, and also historically significant.

Some people say Helio is past it, but I don't believe that. The way he's going he could probably have another 10 years if that's what he wanted. Maybe he's a bit old for this, but as long as he keeps winning the big races and championships, there's no reason for him to quit.

While not a Mazda fan, I'm certainly not going to disparage their win after they came back from three laps down. What a way to sign off! My guess is they are waiting to see which class (LMDh or hypersled) is more successful, and then make their move.

As far as the championship, I was ok with either team winning, but I didn't want to see it go down like that. Taylor made an impossible lunge and Nasr slammed the door in his face and ran him off the track. They were both wrong, so I guess it's kind of a wash. It's the last corner of the championship and you do what you have to do, and both guys did.

Taylor lost, but seemed to be ok with it. His interview afterwards was all class

I thought Durani was going to lose his mind in the interview. At the end of last year and the beginning of this one, he was on a really bad roll. I don't think anyone could have predicted how that team came back. What a travesty those two won't be racing together next year, but not a bad way to end their partnership. 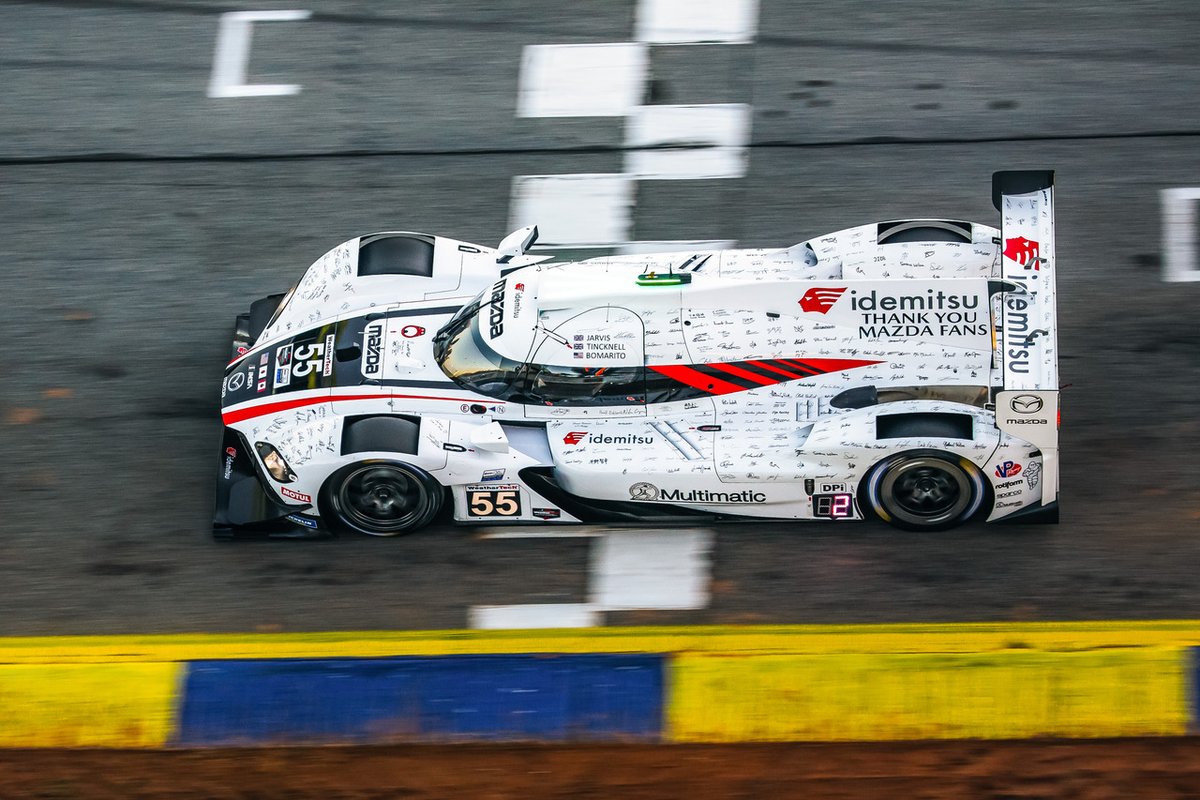 I hope Mazda is stepping back to see how the LMDh programs go.

Kiante said:
I hope Mazda is stepping back to see how the LMDh programs go.
Click to expand...

I think that's the smart play. I don't think the LMDh cars will get a fair bop. I wouldn't invest the money until we see which class will be the fastest.

Honestly, I think Mazda just realized the next cycle of regulations are a little above what they’re capable and willing of spending. Quite possibly just too many big players for a smaller brand like them.

I always thought this 2017 Mazda was the most beautiful. Ive always preferred elegant streamline
to squared off and boxy when it comes to Dpi style. But like they say, looks can be deceiving . Both Mazdas
only ran the first half of the season before having the plug pulled on both cars. They would finish
9th and 10th in the season point standings. But what a beaut! 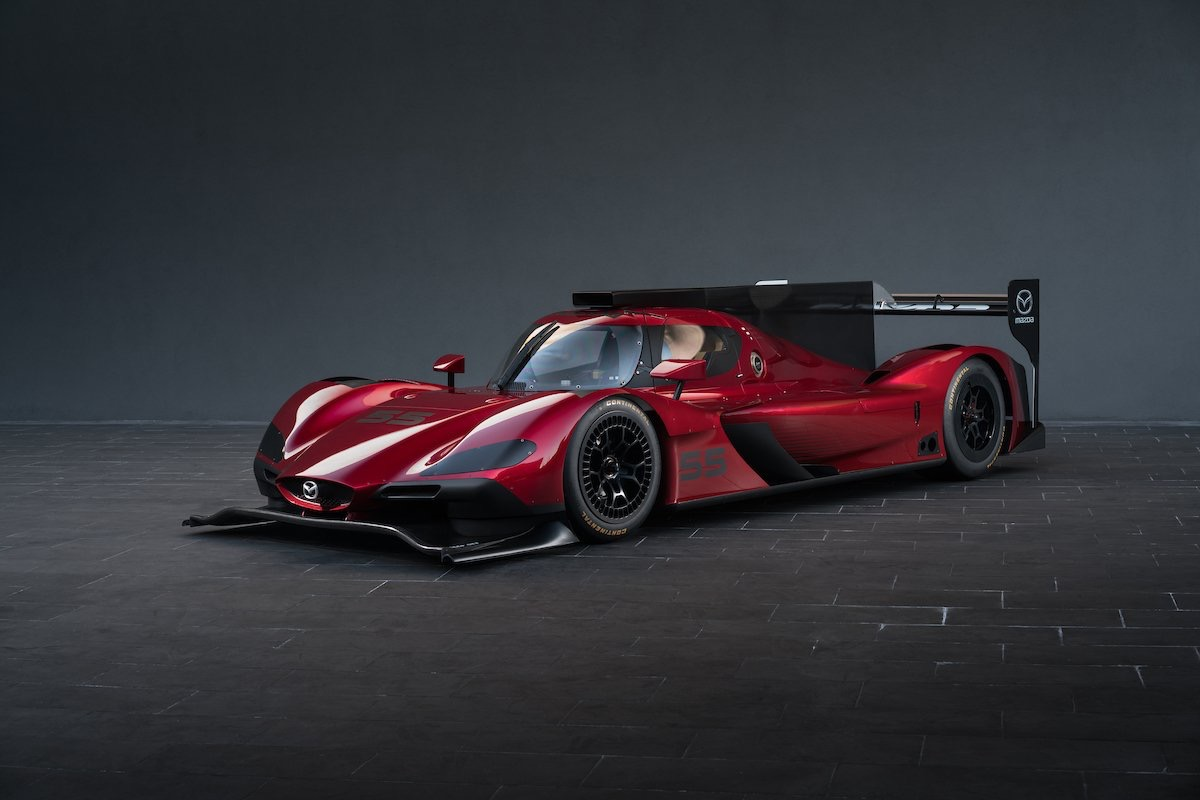