According to this, we're set.

F1 driver line-up 2022: The full grid of drivers and teams for next season as Alex Albon joins Williams (msn.com)

donthaveanickname said:
Latifi has improved a lot this year and I already said at the end of last year that I expected Albon to return to F1 sooner than later.
Click to expand...

Worth noting is that he scored points and beat Russel in Hungary. Sure, a weird race, but results have to count for something. Plus, he's well spoken and seems like a good dude. Glad to see Williams is hanging onto him.


donthaveanickname said:
This is a good pairing for Williams to move forward. Albon is still backed by Red Bull so that might have helped.
Click to expand...

You mean Albon might bring Red Bull money? That's a win/win for Williams.

donthaveanickname said:
With Albon being confirmed at Williams , Nico Hülkenberg rules out any chance of a possible return to F1.
Click to expand...

Nico could probably do well in a decent ride, but after being out a few years, the whole paddock has forgotten about him, or at least eliminated him from their wish lists. I'de rather see him in Indycars anyway, where he would have a chance to win.

donthaveanickname said:
Verstappen was also quite dirty in his first years in F1 but like Michael Schumacher he was fast.
Click to expand...

Verstappen is still dirty. Just wait and see what happens the next time Lewis (or anyone) tries to pass him.


donthaveanickname said:
I don't think they should revoke Marzipan's license though. He hasn't been very good so far but he's no Yuji Ide.
Click to expand...

Don't hope for any consistency from the governing body on this. Formula One has been all about dirty driving for decades now.

I usually don't give a damm about Mazepin's behavior because he hasn't done anything worse than Senna or Schumacher sr. Even last Sunday was something Schumacher sr. would pull every time he was challenged. If it was ok then, it's ok now. Everyone loved Schumacher and were just fine with all the chopping, blocking and swerving, not to mention punting rivals off, so I am failing to see how Mazepin is worse.

I do think its absolutely hysterical how the Mick and Ralf are screaming about Mazepin's behavior after all the dirty stuff Schumacher sr pulled. So far Mazepin has not been thrown out of the championship for crashing a rival on purpose (but it looks like it could come to that), so what's all the stink about? I don't think Mick is entitled to talk a lot of smack about dirty driving when it was his dad that got away with so much of it that now the entire field swerves around like a bunch of drunken monkeys.

Right now about the only person Maze could kill is the only guy around him, which is Schumacher. However, swerving that much and that late on a guy, on the straight where they are supposed to be going straight, for God's sake, is a really good way to kill someone, as illustrated by Jeff Krosnoff and a few other guys. It has not happened in F1 yet, but they are sure inviting it by allowing all these stupid antics.

As long as they allow dirty tricks, it's not fair to criticize Mazepin for it. He's just playing to the same rules that everyone else abuses too.

Interesting times upon us.

They will be hybrids. There will still be an MGU-K, just no MGU-H.

Was wondering when this comp was coming. They forgot Spain btw. lol

Says the guy who never leaves a space.

Miami is confirmed for May 8 next year.

According to Speedweek.com this is the presumptive 2022 schedule

US GP the same time as the Cup finale if that’s the case. I’m not sure that’s happened until now, with F1 seemingly going longer and longer and Cup trying to cut a couple of weekends off.

That looks very unrealistic. Looks like a cup schedule from the mid 2000s when they ran like 36 races per season.

Besides, most team bosses don’t want this type of extra long schedule.

Reck said:
That looks very unrealistic. Looks like a cup schedule from the mid 2000s when they ran like 36 races per season.

Besides, most team bosses don’t want this type of extra long schedule.
Click to expand...

They still run 36 races a season

They’re expecting around 360,000 people in attendance over three days at COTA next month. Miami already has 150,000+ ticket/hospitality inquiries for next May.

Reck said:
It's official, Qatar is in like Flynn.

I'd like a side of Hockenheim, please? Hell, give me Mugello again.


@donthaveanickname have any German motorsport outlets said anything about this?

Hockenheim in November is not going to work, would have to be a track in southern Europe.
Interlagos is also not the only track in Brazil.


@donthaveanickname have any German motorsport outlets said anything about this?
Click to expand...

There were some vague rumors about Porsche possibly joining F1, but not much more. 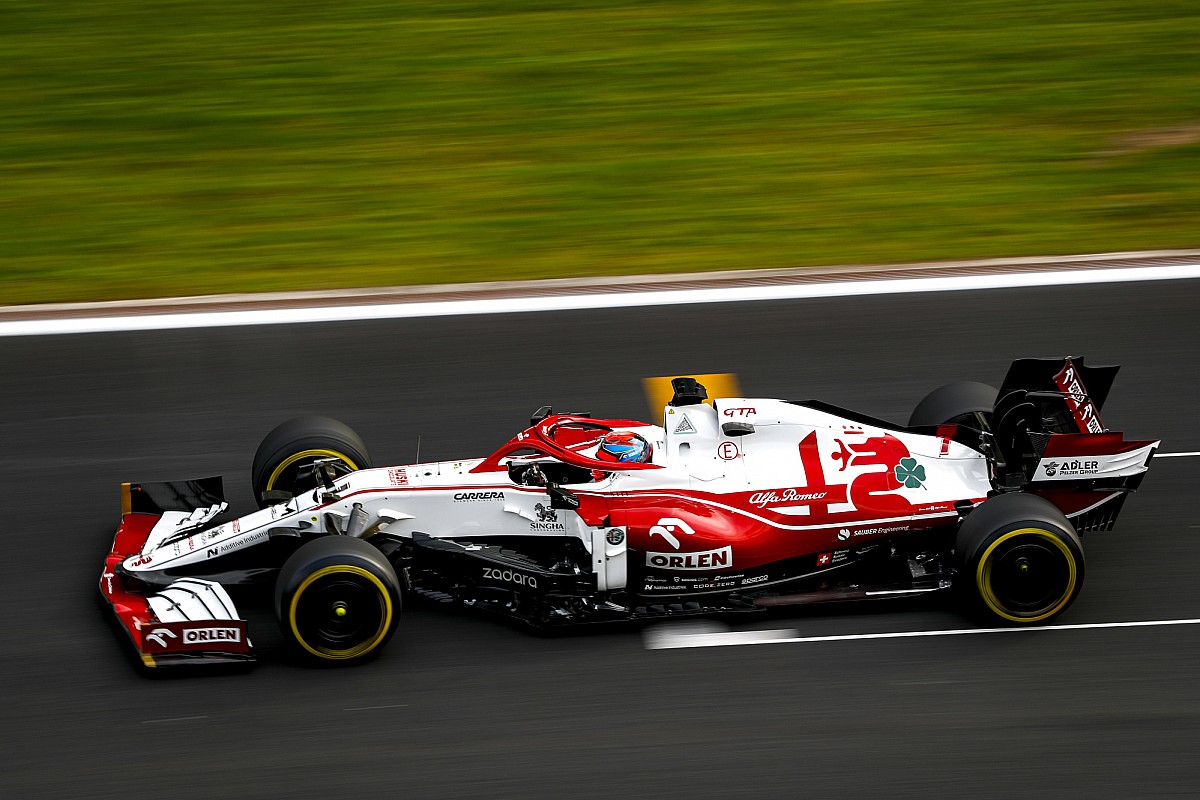 Andretti closing in on deal to take over Alfa Romeo F1

American racing operation Andretti Autosport is closing in on a deal to take a majority stake in the Alfa Romeo Formula 1 team, multiple sources have indicated.

However, if Colton is serious about F1. Make the move now, go to F2 and get a feel for the competition over in Europe. Get involved with the likes of a solid F2 team, like a UNI, Carlin. I would not go to Prema, let his talent speak for itself somewhere and move on from there.

Maybe Andretti can work out a deal with reeling Carlin in IndyCar to continue his program? Just putting that out there.

You only get so many opportunities to win the Indianapolis 500. Maybe Colton should ask Mikey how much he would like to have some of those missed 500s back.

F1 could return to Kyalami in the near future.
Kyalami eyes South Africa GP return in 2023 (grandprix.com)

Christian is never going to let it go.......... Max was ‘knocked out’ after impact at Silverstone (msn.com)

Petronas has retracted the rumors: 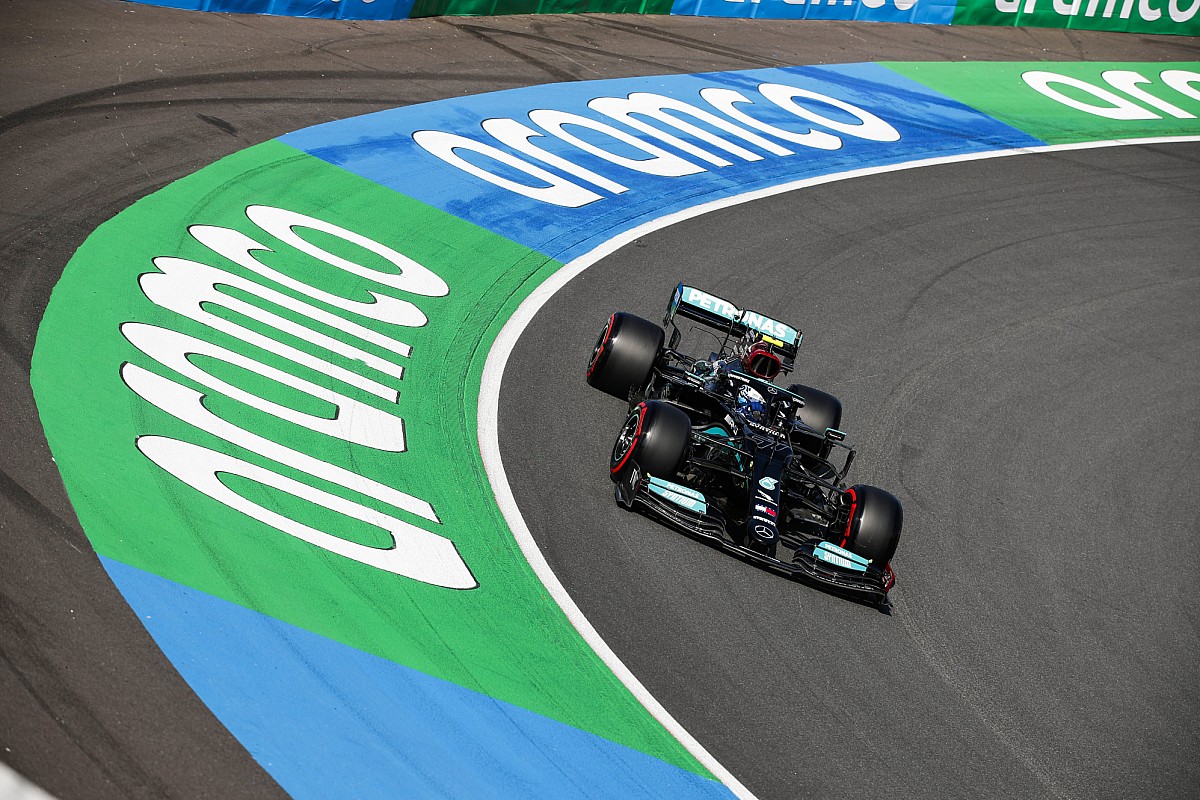 Mercedes Formula 1 title sponsor Petronas has reiterated its long-term commitment to the team, amid wild speculation that its deal could end early.

I know they are only talking because they are being asked about it, but how long is this going to go on?

Hamilton would have checked on Verstappen at Monza (msn.com)

How petty is this going to get? Coupled with (from Silverstone) "he celebrated while I was in the hospital" this is the whiniest bunch of of little children we have ever seen. Max whines, Lewis whines, Toto whines, Christian whines, Marko whines. The sh*t talk is almost as bad as professional wrestling.

Either sit down and smoke a joint together or settle it behind the outhouse. Don't talk to the whole world about, talk to each other about it and act like men.

F1 actually annouced the 2022 schedule last Friday. The season won't end in December to avoid a collision with the World Cup in Qatar.
Imola will once again replace China and the Italian government is working on a deal to make Imola a permanent part of the schedule until 2025. 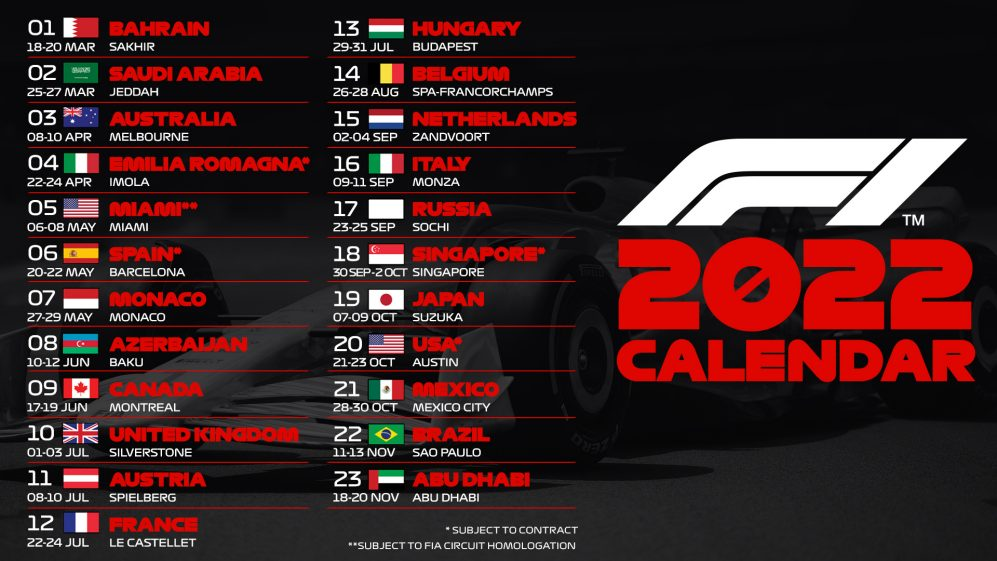 If Colton gets the opportunity he absolutely has to and will take it, IMO. I'll miss him in Indy but that kind of chance only comes around once and he can always come back.

Explains why the Foyt test got cancelled. Good for him. About time Williams made a serious add to their academy.

FLRacingFan said:
Explains why the Foyt test got cancelled. Good for him. About time Williams made a serious add to their academy.
Click to expand...

I don't blame him as F1 is his end goal. Not to mention, there is no telling what will happen with Aitken and Nissany after this season. Both of them might be out of the academy.

My presale window was supposed to be today, got the email late Tuesday everything was already gone. Don’t think I would’ve bought anything anyways though - $640 for the cheapest 3-day tickets. “Family” section started at $690 each for the weekend. No GA admission.