Honda Racing set their sights on the International North West 200

The Honda Racing team has been in action this week, rounding off its pre-season testing schedule with a final two-day test at Castle Combe in Wiltshire. A favourite test track for the Honda roads team, it is the second time this month John McGuinness and Guy Martin have been aboard the all-new new Honda CBR1000RR Fireblade SP2 at the 1.85-mile circuit.

With the North West 200 and the Isle of Man TT races just around the corner, track time has been crucial for the team and the all-new Fireblade. With a lot of development since the opening tests in Spain, in March, the Honda crew has been hard at work with the data gathered to bring to the UK tests.

Working closely with Dunlop throughout the Castle Combe outings, both McGuinness and new recruit Martin have been testing different tyre compounds and getting used to the new features on the all-new Fireblade, in order to fine-tune settings for the North West 200.

The 2017 International North West 200 takes place in two weeks time (9-13 May), with the 8.970-mile course forming a triangle between the Northern Irish coastal towns of Coleraine, Portush and Portstewart, and is considered one of the world’s fastest road races.

For all information on the team during the North West 200 and the Isle of Man TT races, make sure to follow the team on Twitter @HondaRacingCBR 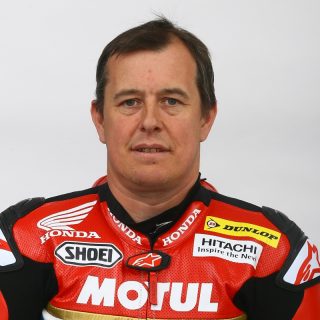 
The tests have been going well and have been really beneficial for everyone, from the team, to Guy and myself. At the first test at Castle Combe, at the start of the month, I did have a small bump and dislocated my thumb, but you know that’s racing and testing! The new Fireblade is a big step forward for us, the bike from 2008 to last year was a great package and I had a lot of success with it - the new bike we’re nearly there and we’re just looking for a little more here and there. It’s had a load of tweaks, it’s slimmer, and the bodywork is sleeker, it has a different exhaust, more power, improved engine braking and there are lots of positive steps with the electronics. But, as with anything new, there’s a lot to learn and every outing we are learning and developing as we go. This year I have matched the times from last years test at Castle Combe, but didn’t feel I was pushing hard for those times – it was easy to match. So I think once we’ve got those few tweaks and we’re pushing on, we’ll be able to give the lads at the front a run for their money. I enjoy testing as of course you need to do it and we need the development time to get everything ready, but I really can’t wait to get out there now, start racing and seeing what we can do! 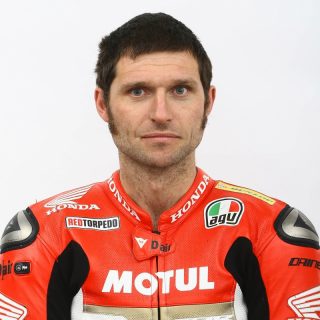 
Well, we’re learning! At the moment it’s a lot of learning, I definitely learnt more racing at Tandragee than I did testing for six days, but it’s always hard to mimic a road-race in a testing environment. The team likes to test at Castle Combe, which is bumpy, but you don’t know what you’re up against until you get out into a race environment. Don’t get me wrong, we need to test and it’s helpful, but nothing compares to racing! It’s good to be back racing, there’s a lot to do for me and also for the new Fireblade, it’s a machine I tell you, but we do have some work to do and I love the challenge of getting it right. When I came back it was to give the roads the best shot on a Honda on Dunlops, so this is what we’re doing. We’re all working together and it’s down to me, John and the lads, listening to each other and putting it all together. I am looking forward to the North West 200 and seeing what we can do on the Fireblade out there and also taking the dog for a walk on the beach! 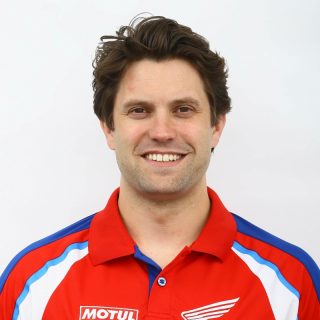 
So we have reached the end of our testing programme and the North West 200 is around the corner. We’ve had a big programme to work through with the new Fireblade and the added dimension of the new electronic strategies we’ve had available to us, which have been very welcome but they have added a bigger job list to work through. We have tested the final engine spec for the North West 200 and although track conditions this week were cooler than we’d hope for, and we didn’t get an awful lot of track time, we have received good feedback from both John and Guy. We have been working closely with Dunlop during the tests and it’s been great as we have been able to evaluate different tyre options and work with the riders and team to find the best options for the roads, as well as the Fireblade. We’re at that point now where we need to prove the new bike on the roads, we have done all we can short circuit testing and the next step is the North West 200 where the speeds really get up! Then we take it from there and keep pushing ready for the Isle of Man TT. I feel we’re in a good place and I am looking forward to seeing how we get on at the North West 200.
You must log in or register to reply here.
Share:
Facebook Twitter Reddit Pinterest Tumblr WhatsApp Email Link
Top Bottom