What's your favorite NASCAR video game of all time?

My top 3 favorites are:

1. NR2003 - You can't start a conversation about NASCAR video games without mentioning NR2003. What I liked about this game was the realistic crashes it produced. The physics were on point. There are still online leagues & websites dedicated to NR2003.

2. Nascar Thunder 2003 - This game was amazing. The soundtrack was awesome & it had alot of different paint schemes.

3. Nascar 2005: Chase for the Cup - This game is overlooked by many. I had this for GameCube & played it quite a bit. It's rich in features.

NASCAR Thunder 2004. That game had it all.....custom schedules, each track had a night race alternate, Rovals, copious amount of stat keeping, easy to understand how to change setups on the cars, multiple seasons with you favorite driver. Game is the GOAT

NASCAR '98 although my dad spun me out all the time and I could never figure out how he did it.
M

NASCAR 2005: Chase for the Cup was my first NASCAR game and it remains my favorite. The races in the sports cars were kind of goofy, but everything about the game was a lot of fun. 2006 was a lot of fun too with the total team control.

While NASCAR 09 wasn't anything special, it was the first game I played online. I raced with the same group of guys pretty much every night. When NASCAR 11 finally came out, most of those guys disappeared and I stopped playing because it just wasn't a great experience. I bought NASCAR 14 for the gen 6, but haven't bought any since.

Chase for the Cup 2005, played it religiously as a kid. I’m curious to know how many days total I played like how today’s Xbox will tell you how long you’ve spent playing a game.

Location
Stuart, Fl Winter, anywhere the rest of the year

I don't know anything about NASCAR video games, but I find it interesting you all are talking about video games 10 - 15 years old. I guess newer isn't better in this arena?

If we’re strictly talking video games, as in console...

I don’t mind the overall racing, considering it’s console. The AI is aggressive, but if you get accustomed to it, you know where to put your car knowing what they’ll do. I honestly like the style of plate racing. This years July Daytona race really looked like your typical plate race would look in NASCAR 15 and it’s relative versions of previous years.

For me, The paint booth really overtakes the imperfections the game has. I love being able to design cars and get them looking detailed... as if they’re something I could see being a real scheme.

Other games don’t give you as much room to do that as those titles like NASCAR 15 did.

Nascar Racing 2 was the one I wore out tons of gas/brake pedal springs on my Thrustmaster T1(?). Anyways, the spotter was a nice addition over the 1st game. The game was really neat about setups coming to life later in the runs. Good memories.

DIDIT said:
I don't know anything about NASCAR video games, but I find it interesting you all are talking about video games 10 - 15 years old. I guess newer isn't better in this arena?
Click to expand...

Everything about the old ones was better IMO when EA still made them. I still buy most of the modern ones but nothing so far has come close the old days of the games on the PS2.

Toss up between Dirt to Daytona and NASCAR Thunder 2004. Dirt to Daytona had a few glitches I wasnt a fan of and the crashes were realistic, but unfortunately the game didnt have a replay feature, though it did show highlights after each race. As far as 2004, it was great, though way too easy if you use auto assist, but I could never avoid hitting the wall with auto assist off.

I unfortunately never played NR2003, and it not only looks to be more than I want to pay, but I assume it wont work on new computers.

Ford Racing said:
While NASCAR 09 wasn't anything special, it was the first game I played online. I raced with the same group of guys pretty much every night..
Click to expand...

NASCAR 09 still reminds some of the most fun I ever had online racing, even though the game itself wasn’t great. Never won but had lots of fun and have yet to have as much fun online in a NASCAR game yet

I need to think of something new for here

The very NASCAR game I played , NASCAR racing from Papyrus.

And the NASCAR Thunder ones, those were great

And the NASCAR Thunder ones, those were great

I had NASCAR Racing on PS1 and PC. I miss Papyrus, they made a lot of great racing games. I always wanted the CART SIM they had, but never got around to it.

I used to enjoy the hell out of the fictional track rolling through the canyons.

I had a ton of NASCAR games, but the best one all-around was probably Chase to the Cup in 2005. NASCAR Thunder 2004 was great, I mean there are a lot of good ones.

Nr2003 by far for me. But i enjoyed all the papyrus games. I enjoyed the eutechnyx games as well, i know the ai is terrible at times, but I like the way the cars handle.

I had all the Papyrus/Sierra NASCAR games on PC, from the original in 1994 til the last one in 2003. They were awesome. I spent soooo much time playing NR2 especially, and I had the Busch Series expansion pack for it. One of the later games included the Trucks too which was pretty cool.

Thunder 2003 was my favorite on the consoles, and I still have a Gamecube version. There hasn't been much in the last 15 years that I've really liked.

Dirt to Daytona to me is the best console nascar game ever made. Released in 2002 and I played it all the way up until last year. Need to pick it up again.

Thunder 03 is another amazing one. I played it for years.

Chase For the Cup in 05 was another amazing one.

Nascar 15 deserves an honorable mention. AI leaves something to be desired but the driving model is amazing.

Sent from my SM-G960U using Tapatalk 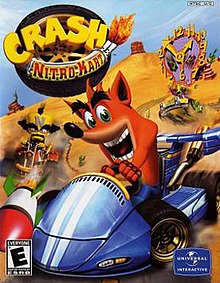 I liked NASCAR The Game 2015.. more realistic than any before or after it. I like the way the cars move around. Its tough but rewarding.
A

Sent from my SM-G975U using Tapatalk

This Heat 4 is pretty damn good, I’am pleasantly surprised. The bouncing off other cars like a basketball is gone, if you have to drive on the apron you don’t spin out like a RWD car driving on ice/snow, and the AI actually has to pit. Now if we can get custom schedules that we can choose, legend drivers, older/past tracks, hiring drivers to drive for your own team, a modest silly season for drivers and more in depth stat keeping they’d be all the way there. I’m optimistic for these games they took a HUGE step in the right direction this year.

Anything Papyrus Nascar related were, by far, superior to anything that followed. Pappy titles were sims. Anything else produced then or there after were nothing more than games.

Okay stupid question when it comes to a Sim vs Game in the Racing genre what’s the difference??
A

dpkimmel2001 said:
Anything Papyrus Nascar related were, by far, superior to anything that followed. Pappy titles were sims. Anything else produced then or there after were nothing more than games.
Click to expand...

And it should be no surprise that iRacing used a lot of the same stuff and people as NR2003 had.

Which would you choose?

Im mainly interested in picking a driver(wallace) and building the custom season schedules using some of those fantasy/alternate tracks... both titles have special schemes for most drivers...

does one have more paint schemes than the other?

just had the urge to play the old school titles again lately. I played each but not since they were released 15 years ago...

I prefer Dirt to Daytona to any of the EA console games. This is with regard to the quality of the on-track racing. The EA career mode was probably better.
H

I played nearly all of them as a kid (and still play Nascar Heat 4 today, can't afford iracing). My favorites were always NR2003 and Dirt to Daytona.
H

Correction to above post, it's actually Heat 5 I've still been playing (on PS5).
D

The last and only nascar video game I played was bill Elliot's nascar challenge on the original nintendo back in like 1992. I have to assume they have gotten better since then. I still have it in a box in the basement somewhere, should go find it!

NASCAR Thunder 2004 - Tons of paint schemes and other content to unlock. The pre-race commentary was awesome as well.
H

Marcingak said:
Dirt to Daytona - It was awesome starting out on dirt and working your way up

NASCAR Thunder 2004 - Tons of paint schemes and other content to unlock. The pre-race commentary was awesome as well.
Click to expand...

I always loved the commentary on those games a kid and never really understood why newer ones don't have that in some form.

I also liked the news clip things in Dirt to Daytona as a kid.