In an effort to further support sprint car drivers and teams, World of Outlaws Sprint Car Series officials announced Friday that they will limit the restrictions on contracted drivers competing in non-World of Outlaws events.

As part of an announcement about the series' $1.7 million points fund in 2023, WoO officials announced that contracted drivers will have "limited flexibility to participate in non-World of Outlaws events without compromising full time benefits."

The announcement from the World of Outlaws will allow Sprint Car drivers and teams to compete in events such as the new High Limit Sprint Car Series and the Tezos All Star Circuit of Champions.

“We listened to the drivers and team owners and put together a lucrative program for 2023 we believe will benefit them greatly,” said World of Outlaws Series Director Carlton Reimers. “It is important to us to make sure we support the teams that help us put on The Greatest Show on Dirt every week.”

Drivers or teams will be able to compete in four non-World of Outlaws events in 2023 without restrictions, so long as those events are outside 48 hours or a 100-mile radius before or after a scheduled WoO event.

The exclusivity bonus program is a bonus fund of $768,750 paid out to the top 20 drivers/teams in the point standings, including a $150,000 bonus to the series champion.

Drivers who elect to compete in more than eight non-World of Outlaws events will not be eligible for both the exclusivity bonus program and the overall point fund totaling $1,025,000.

The World of Outlaws NOS Energy Drink Sprint Cars will begin the 2023 season at Volusia Speedway Park during the DIRTcar Nationals, Feb. 9-11, with Saturday’s feature paying a special $20,000-to-win.
Click to expand... 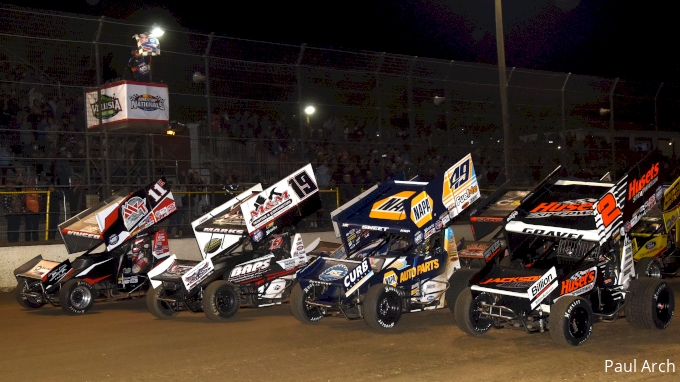