gnomesayin said:
This was one time when I kinda can't believe that Roczen folded that easily.
Click to expand...

You can blame it on the whoops, but Cooper Webb also had something to do with it.

When I heard Ricky Carmichael analyzing the multiple whoops sections, and breaking down the attributes of dozer-made versus loader-made whoops, I figured Webb was in for a tough night. Webb has improved his whoops speed this year, but it's still the one section where Roczen and Tomac often have an advantage.

Over the first 15 minutes, Roczen built up a 12-second lead over Webb, with Plessinger and Tomac an additional 1 second back. I'll bet most or all of that 12-second gap was earned in the whoops sections, where Roczen was blitzing but Webb was often jumping doubles. Then Kenny blitzed himself into a small get-off and his lead was cut down to 6 seconds (with 5 minutes on the clock).

It's easy to say Roczen shoulda coulda eased off and nursed his lead when he had 12 seconds, but is Kenny ever comfortable coasting with Webb behind him? There have been multiple late passes this year and last year... Cooper passing Kenny on the final lap is an actual thing.

After Roczen fell, he still had 6 seconds in hand. In the final 5 minutes (plus one lap), Roczen yielded 2 or 3 seconds to Tomac, Plessinger, and Barcia. But Webb gassed it hard, made up 7 seconds, and won the race. That's why I said Webb had something to do with the outcome; it wasn't all Roczen folding like a chair.

Another opportunity for Roczen, another mistake. Webb is certainly the season's best rider and deserving champion. Nice win for Musquin, I've been wondering if he will be back next year. Also a good podium finish for Malcolm Stewart.

gnomesayin said:
Nice win for Musquin, I've been wondering if he will be back next year. Also a good podium finish for Malcolm Stewart.
Click to expand...

I've also been wondering about Musquin's future. This was a great win for him. Webb clearly wanted to avoid any possibility of contact, but he was on the gas and pushed Marv hard with speed. The two of them - while battling each other - increased their gap to the others by over 5 seconds just in the final 3 laps. In terms of late-race speed, Marvin and Cooper had it and nobody else did. (After Musquin's struggles the last two years, I was glad to see this result.)

I agree about Malcolm Stewart. He has had a good year, much improved over prior campaigns. And how about Jo Shimoda grabbing that 250 trophy!

Congrats to Cooper Webb for putting together an impressive body of work this year.

I was somewhat surprised that Webb was willing to put himself "in harm's way" to go for the win, actually touching Roczen with seven and a half minutes to go. He was obviously confidant that Kenny would not go Full Rambo on him. Roczen faded to 10th, and I wonder if he has a fitness problem in the SLC altitude, or a mental toughness issue after getting passed.

Musquin's two races in SLC made a strong case that he's not ready to retire...

Silly season news has been slow in coming for 2022, but our Steve Matthes has spoken to sources throughout the industry that have finally unopened some information. Matthes has heard that the Red Bull KTM squad has made an offer for Aaron Plessinger's services for 2022. This might not be surprising, as KTM has also talked to Aaron a few years ago. KTM is also in talks to keep Marvin Musquin on board for '22, which could lead to the return of a three-rider Red Bull KTM 450 team. Cooper Webb is under a new contract with the team and is already locked in for 2022. Musquin's current KTM deal is up at the end of 2021. 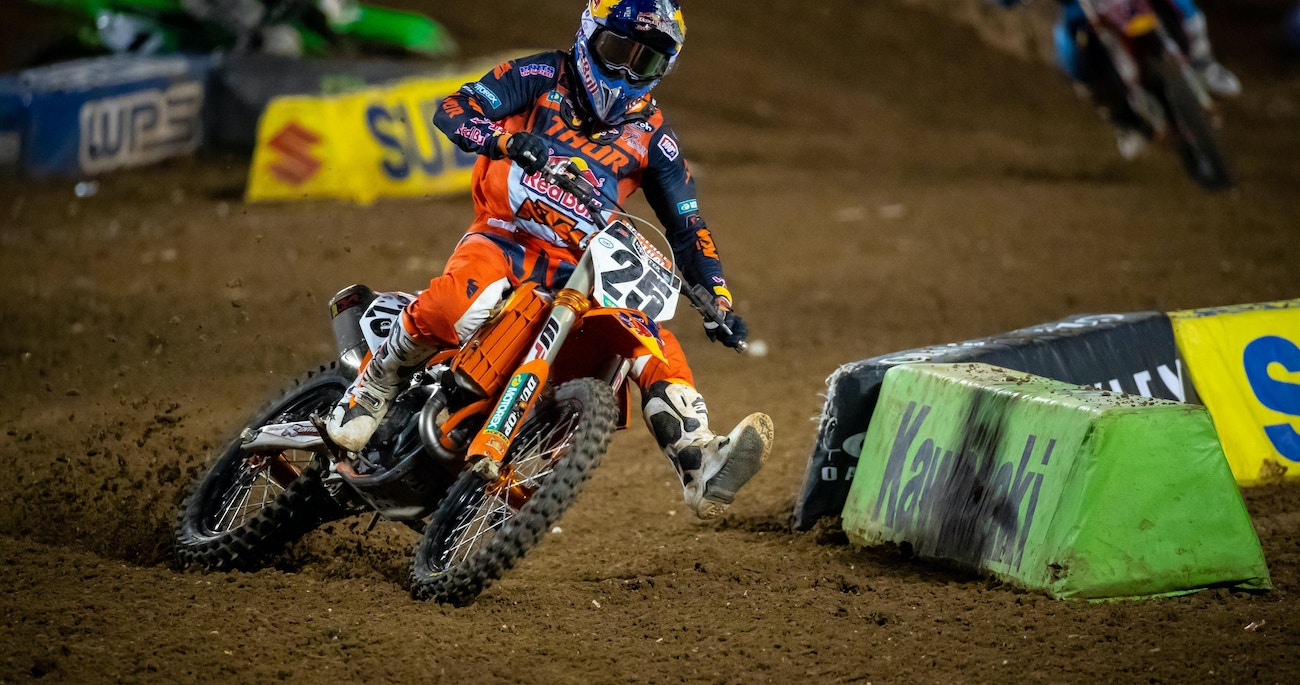 Who Will Marvin Musquin and Aaron Plessinger Ride for in 2022? - Racer X Online

Could KTM run a Webb, Musquin, Plessinger three-rider team in 2022?

Roczen dropping from second to ninth or tenth within a few laps was perplexing. Yeah, could be a fitness issue that is accentuated in SLC, or could be that once he yielded in the fight with Webb, the motivation wasn't there any more.

I think this season was Roczen's best remaining chance at a Supercross title. It's hard for me to envision him being better next year when he's another year older, unless there is an undisclosed health issue that they figure out.

Webb dominated the last couple months of the season, and that was hugely impressive given where he started the year.

In other developments, this is weird.

So, I'm guessing the Yamaha rumors are true?

Yeah, it's true. Tomac did a post SX / pre MX interview with Racer and this was the last question.

Q: I have to ask the question. Is Eli Tomac going to race for Monster Energy Star Racing Yamaha in 2022? 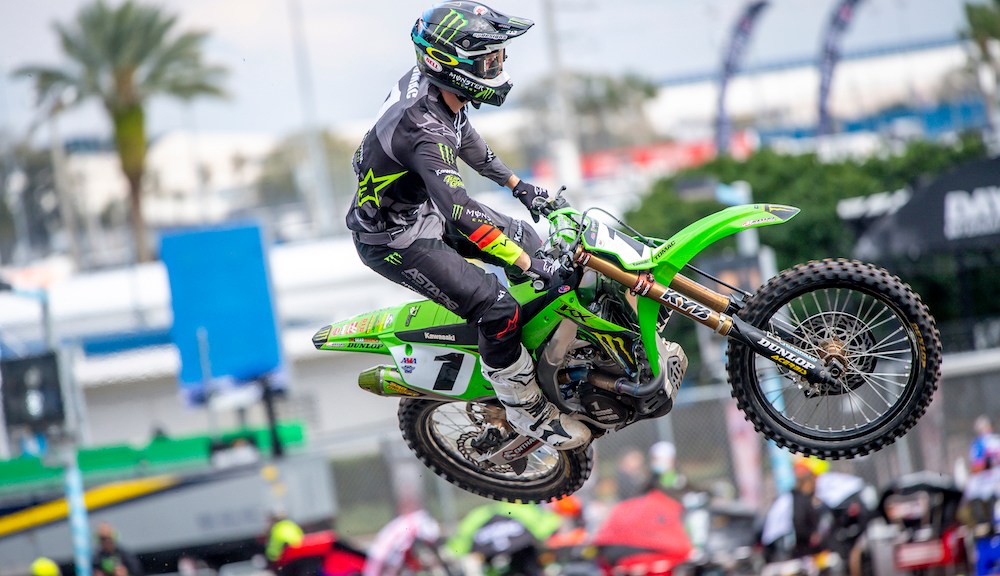 The 2021 Lucas Oil Pro Motocross Championship is set to fire off at Fox Raceway in Pala, California on May 29, and Eli Tomac of the Monster Energy Kawasaki team will be there on the starting gate. …

Tomac has been with Kawi so long as a flagship rider that this is a major shakeup. I'm guessing he must be dissatisfied on a technical level or with the team dynamics.

Kiante said:
So, I'm guessing the Yamaha rumors are true?