Well, Ganassi certainly had a big Saturday winning the sportscar race too.

Yep, close battle between CGR and AXR all race that would’ve been interesting on fuel if it weren’t for a late yellow. Lots of argybargy, as Calvin Fish would tell you, in GTD. The CarBahn Audi would’ve won in just their second start but got dinged for a dueling violation in post-race, so the Heart of Racing AMR picked up their maiden win instead.

Pretty solid field for the 6 Hours of The Glen. I missed this place last year, hopefully the storms stay away on Sunday and they get a good show in. 10:40 AM on TrackPass with the cutdown show at 7 PM on NBCSN after the Cup race. 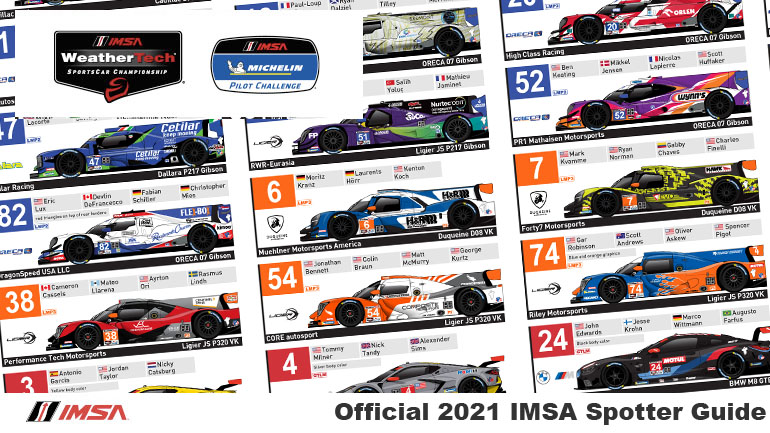 Cooper needs to get out of that car.

So in three endurance races the WeatherTech Porsche has been wrecked before taking the green, won, and then caught on fire within the first ten minutes.

A couple of ‘stolen’ wins today; the Mazda took overall victory over the MSR Acura that had dominated with a short fuel fill at the final yellow and the Turner BMW took GTD after gaining track position pitting moments before the final yellow.

Antonio Garcia made a decisive pass on teammate Nick Tandy for the lead and held off the pursuing RLL BMW for another Corvette victory.

Bill Auberlen and Ben Keating deserve their own HOF.

Incredible longevity from both gentlemen.

I can't remember the last decisive win in the GTP class. You never know who is going to win.

We are camped about 5 miles from the Glen. Drove by today and saw lots of activity. Didn't know they were racing again this week. Pretty sure I will spend Friday over there. Woohoo!
B

Didit said there is a race this weekend. Blame him

6 PM Eastern this Friday live on NBCSN. Smaller field than last week but that’s expected with not being an enduro and the short turnaround.

I miss the race posters that used to be posted here. I would always look for those to see what was coming up.

Does anyone remember the last IMSA race that wasn't an instant classic? I sure don't.

Only one I could find. 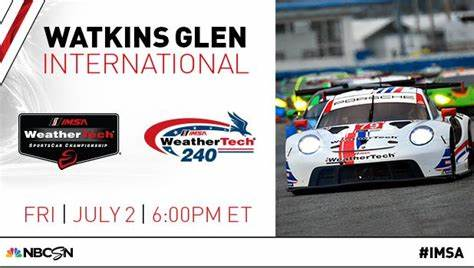 Thank you! I'm going to start making those my wallpapers so I can't forget!

I think the whole field from Sunday is coming back Friday. One of the P3 cars is scrounging about for a motor they can't find, so they may be out, but I think we're probably going to have mostly the same field.

I'm delighted that P3 have been added this year. It kind of makes up for LMGT being so poorly supported. GTD being so good really helps too, and next year that class is going to be as badass as it gets. We need more cars and letting the P3 cars in was a really solid move.

As far as Marco Andretti, I'm glad he's in the series, and I'm glad Jared is there too. This entire effort is merely a dipping of the toe in the water to learn a few things. I fearlessly predict Andretti will be in the DPI the Acura program.

Funny how the competitive balance seems to have shifted, but maybe that's due to the different tracks. The Mazda seems to like the long circuits and the Caddy can't be beat at places that require smooth power delivery. Acura seems to hit and miss a little and you can never guess how they are going to run. This time it was the Shank car that ran so well, which previously wasn't that great.,

Anyone notice how quiet Durani is now? He went on a rampage getting into it with Taylor, Montoya, Van der Zande, and throwing the championship away at Sebring last year in a red mist madness moment. Since then, I don't think he's so much as grazed another car, but he has also not been the same dominant forces as he has been. He will probably make me look stupid tomorrow and lead every lap to win but at last for now it's fair to ask why he's not at the front were we are used to seeing him.

Also sad is how the Mustang Sampling car sort of faded from the front after such a fine win at Sebring. That looked like a championship style run and it's regrettable they haven't followed p on that.

The Caddys were a bit off the pace last weekend too, but remember this isn't their track.

So, Friday looks like it could be a wild one. The Mazda is carrying a target on their backs now and Shank had found the set up. Hopefully we won't get into a fuel race and they can all run balls out all weekend.

This is probably the best season of DPI we have ever seen. I don't know why we need new cars. They do this every single time....... everyone gets the car figured out and everyone is competitive, and then poof! Throw your stuff out and start over.

^ Definitely agree that Mazda and Acura usually have the advantage on high-speed, flowing downforce tracks. The Acura being based off of the ORECA, which is far and away the best of the bunch worldwide, helps a lot there and the Multimatic was a downforce car from the beginning too. The Cadillac having the torque advantage helps a lot at places they typically dominate like Sebring and Belle Isle.

Really interested to see how tomorrow goes though because they’ve had a ton of rain already today, a few red flags in practice, and probably more bad weather in the forecast for the race.

Man the forecast is really looking crappy for this afternoon and evening. We have had some rain every day this week. Went by the track and watched some practice runs. I couldn't believe how fast they were going in the rain. I have seen races at Daytona in the rain, but the speed these guys run on the straights and through the corners was amazing. Maybe its just the difference in the track layout/footprint here that makes it so impressive. TV just does not do justice to these guys racing in the rain.
Been camped out with the wife 24/7 for a month now and I need the weather to cooperate today.

As long as we don't get any standing water they will let them run, and rain usually creates in interesting race. Throw in night racing and you never know how crazy it can get.

Weather cleared nicely for the grid walk. Red for lightening now. Not much rain yet. 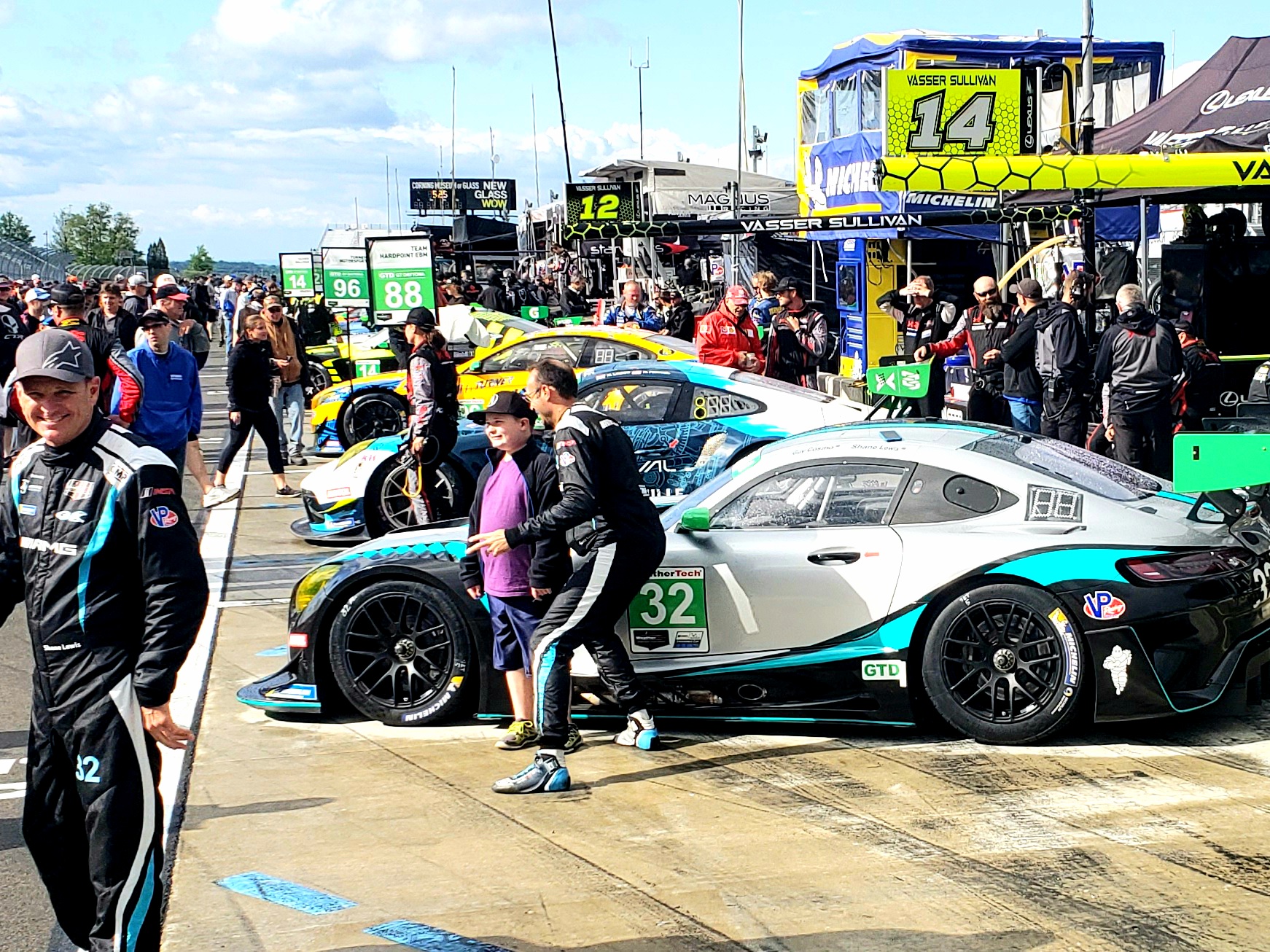 Great race in the 240 after the red flag.

DPi is putting on a show right now.

That was quite the sprint show.
Good for Whelen 31 to right the ship.

Action X has been having a tough streak, so it's good to see they are back.

I don't ever remember sportscars running are sunset at the Glen. That was beautiful!

I wish the lightning had stayed away because that was pretty competitive for the most part, and the strategy was shaping up to be interesting. Seeing headlights on full blast at the Glen was pretty cool. Also, amazing that this hadn’t happened before:

Enjoyed the show racing into the sunset. These cars are fast here. Only negative was the long red.

Don’t think the broadcast even showed any of this, that dive into the bus stop is nuts.

ACO, FIA and IMSA firm up agreement on the future of Endurance | IMSA

I'm so amped for this.

ACO, FIA and IMSA firm up agreement on the future of Endurance | IMSA 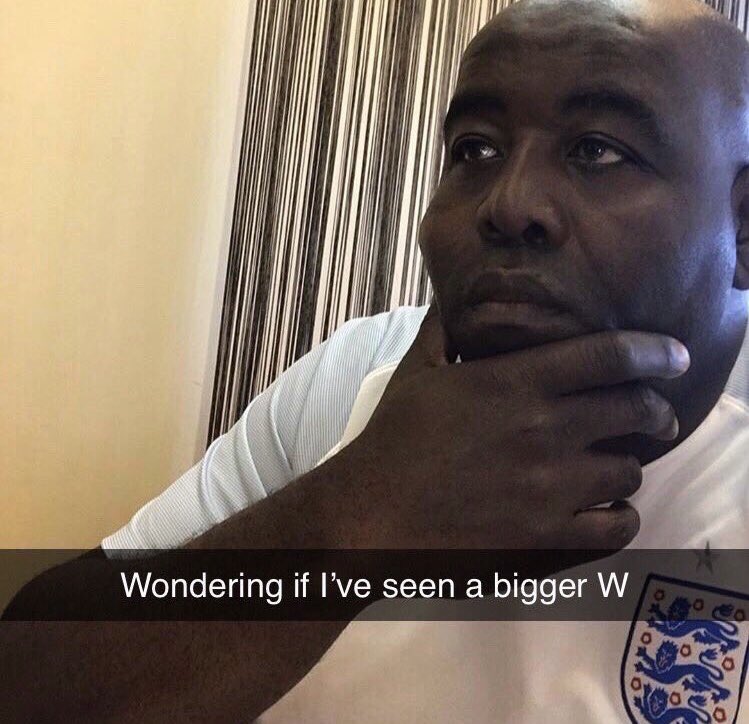 Look if this happens, I'm acting a damn fool: 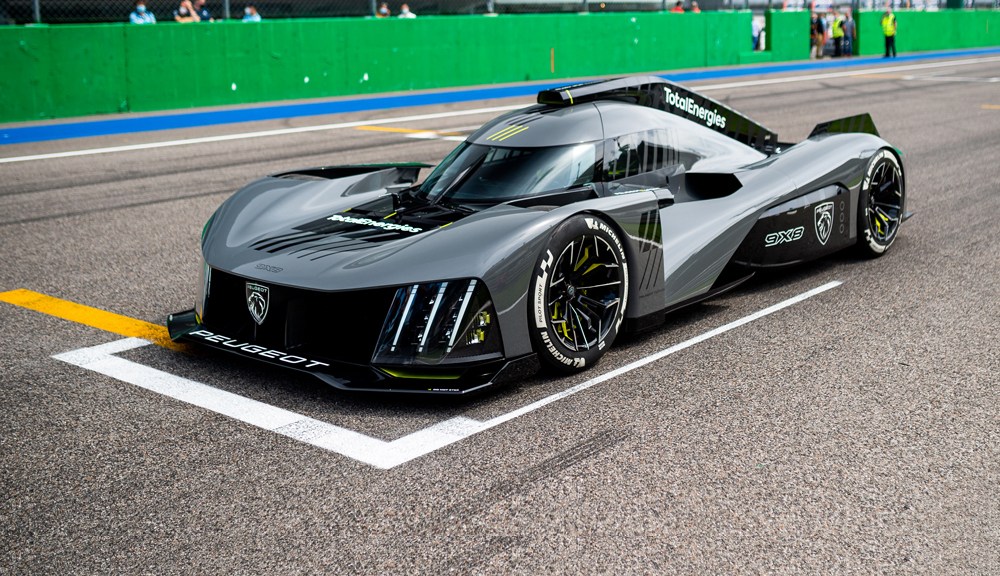 Dodge brand being considered for IMSA return based on Peugeot LMH

Thanks to the newly ratified prototype convergence between IMSA, the ACO, and the WEC, Stellantis — the huge global automotive group that encompasses brands including Peugeot, Citroen, Alfa R…

Can we get some zombie Vipers, too?

Dodge brand being considered for IMSA return based on Peugeot LMH

Thanks to the newly ratified prototype convergence between IMSA, the ACO, and the WEC, Stellantis — the huge global automotive group that encompasses brands including Peugeot, Citroen, Alfa R…

Can we get some zombie Vipers, too?
Click to expand...

Dodge to NASCAR via IMSA. I’ll Venmo Robert J Sublett $100 with an ecard if that wonderful wingless freak is running Daytona in a year and a half.

FLRacingFan said:
Someone decided it was their time to shine when second practice was red-flagged earlier at Lime Rock today…

While driving down I-81 South in central Virginia this morning, I saw a hauler with IMSA WeatherTech on the side. Does anyone have any ideas as to what this may have been and where it may have been headed? It didn't appear to be a specific team's hauler, so I wondered if it might be some kind of official hauler from the sanctioning body.

Mile501 said:
While driving down I-81 South in central Virginia this morning, I saw a hauler with IMSA WeatherTech on the side. Does anyone have any ideas as to what this may have been and where it may have been headed? It didn't appear to be a specific team's hauler, so I wondered if it might be some kind of official hauler from the sanctioning body.
Click to expand...

If it had been I-95 South, I'd guess Daytona and IMSA HQ.

On I-81, I =guessing= the Charlotte area. Maybe they need some work done and that would seem the likely place to find a capable shop. Maybe Featherlite has a service depot in that vicinity?