New Member With A Question About An Old Topic

As in VERY old.

Has it ever been determined whether the 9 car was running the Larry Widmer heads in 1985? In a Hot Rod article of the period, they denied it.

The Old One - Energy Dynamics

Home of The Old One, Nitro, and the Endyn crew!
www.theoldone.com

Welcome, @rose62 , even if your question could be carbon-dated.
R

He ran down the field at Talladega, under green, from five miles back and no one, to my knowledge, has ever cracked the mystery. Really want to know.

If you haven't read the attached articles, it's worth the time. Especially if you're new to the sport, i.e. within the last 25 years. Widmer posits that the Elliotts ran his heads and pistons. They, and Glidden, denied it, vehemently ("me think thou protest too much"?) . Bud Moore's son Greg is interviewed and says that they ran them because they heard the 9 car was using them and that the "Widmer combination" did exactly what Larry Widmer said that it would do.

These days, newbies to the sport think thirty car drafts at the super speedways have always been the case. Nope. The big track used to be just like the rest: A five car or so pack at the front followed by a ten car pack 2-5 seconds back, then the rest. But even from the time Daytona opened the draft was a factor. But not that day at Talladega. Never has there been a car capable of (and demonstrably) running, alone, 3-5 miles faster under green than the rest.

The really funny part, in retrospect, was watching other cars passing Bill early in the race, before the oil line mishap put him in the pits.
H

Jorge De Guzman said:
We may have a member here who might know the length of the push rods
Click to expand...

Yes, here the answer is always pushrods. A big rod solves everything.
R

I always heard that it was a big wallet.

Watched YouTube video few days ago about that. Bill says they ran different gear than the rest of the field. Main reason he got to the front was all the other good cars blew up. Elliott's weren't spinning their motor as hard which also equals higher top speed.
R

Ack ack ack. Nope. I'm not buying that. Not even close.

rose62 said:
Ack ack ack. Nope. I'm not buying that. Not even close.
Click to expand...

I think it was a combination of things.
Ford had great HP and the Thunderbird had great aerodynamics. I think the 9 team had figured out something even more on the Aero. The higher the speeds the greater the advantage.

Bill was also a smooth easy on the tires driver resulting in being great on rough surfaces like Darlington.
R

At Daytona everyone else blew, but not at 'Dega. I'll never believe that an entire field got snookered by a gear set. I was hoping that the Endyn question had been answered and that I just missed it. Guess not.

If we want to start conspiracies how about plates were not for safety but to slow Bill Elliott, per plates 4 Daytona Talladega wins, post 2.

It's a conspiracy I tells ya

Ernie had shrunk the width of the T-bird by one inch.

I was always told that T-Bird was actually a 7/8 scale car. There is no question though they had a TON of horsepower everywhere that year, whether Widmer had anything to do with it, I would have no idea. Success has many fathers, failure is an orphan.

These theories (7/8 scale body made to fit template contact points) are what I always heard. That combined with Ernie's horsepower and it was a lethal combo.

If I remember correctly, it seems like the 83' T-Bird was maybe the first car in Cup where you couldn't really use the stock sheetmetal quite like it came from the manufacturer. (Yes young folks, until the mid-late 80's you built your body out of production panels with the bracing removed, although it was further massaged some. ) I think NASCAR gave the Ford teams some leeway shaping the fenders to fit the rules and the limited numbers of templates used then and in that era, it wouldn't be that hard to get creative. The 83' Thunderbird was already a good bit smaller, than the GM G body cars. I have even read where the top shelf model car builders have a devil of a time making a model Thunderbird body look exactly like the real 1985 #9 cars. If you geek out on obscure NASACAR race car stuff like I do, check out Randy Ayres NASCAR Modelers site. For those of you that get all bent out of shape about cheating, listen to the Scene Vault Podcast episode with John Dodson, where he talks about distracting Harold Kinder so Todd Parrott could take a tin snips to the full car length Pontiac template for 1988.

StandOnIt said:
Ernie had shrunk the width of the T-bird by one inch.
Click to expand...


According to a cheating book I bought years ago….that’s what they did. IIRC, templates were spot on F to R, they didn’t check width.

Big John Kordic said:
According to a cheating book I bought years ago….that’s what they did. IIRC, templates were spot on F to R, they didn’t check width.
Click to expand...

yeah aero improves by the square compared to horsepower increases

Well, one thing, the 9 was so fast at Daytona, NASCAR made them raise the roof an inch to present a larger frontal area.
What did happen the spoiler was more out of the air, cutting drag.

F you and see ya tomorrow

KTMLew01 said:
Watched YouTube video few days ago about that. Bill says they ran different gear than the rest of the field. Main reason he got to the front was all the other good cars blew up. Elliott's weren't spinning their motor as hard which also equals higher top speed.
Click to expand...

If you’re displacing fewer air molecules than everyone else, you’re kicking ass. 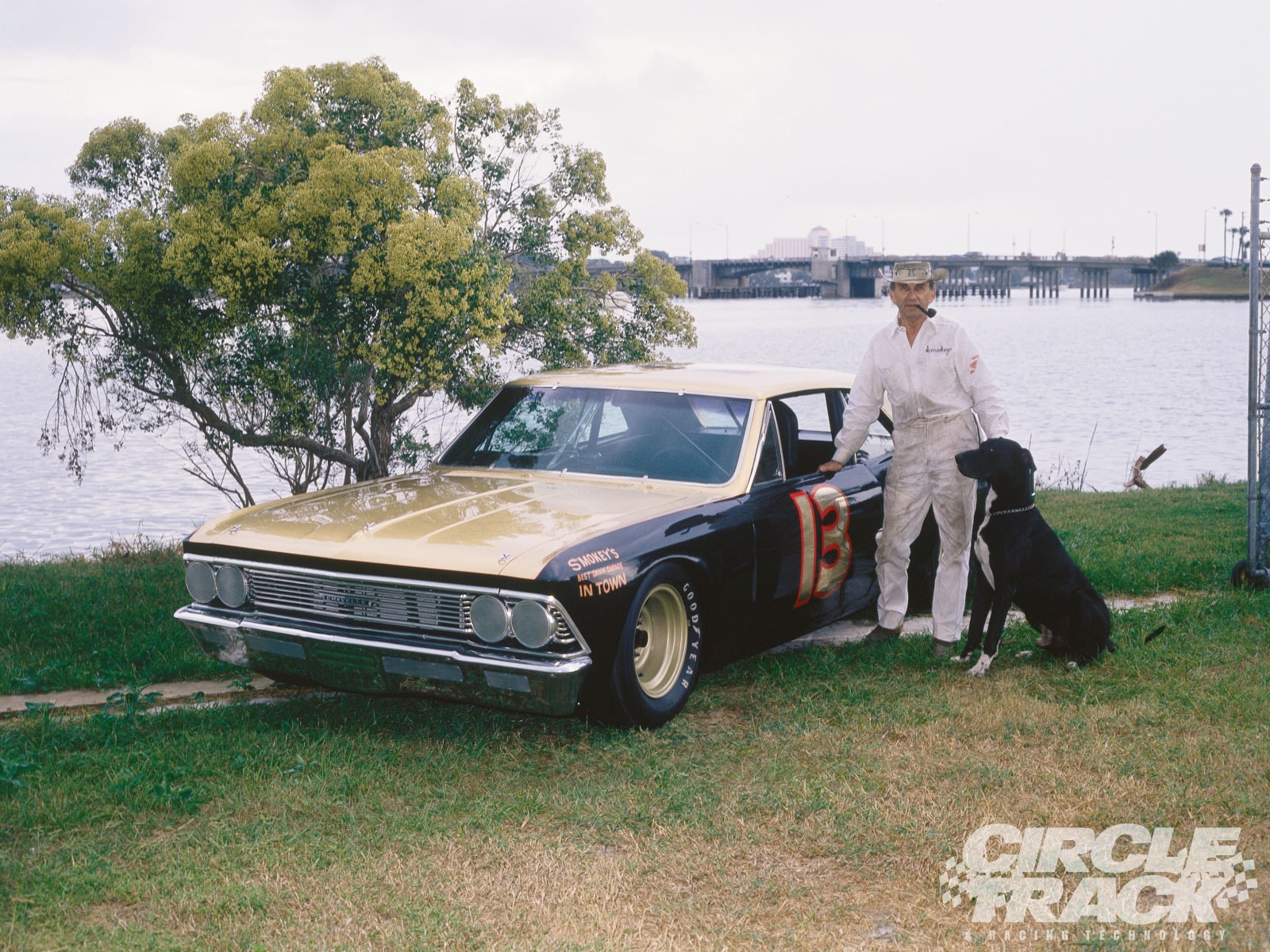 He took an underpowered lesser cubed Chevelle and won with it...just don't look underneath it lol
R

That T-Bird was narrower than the Chevys and GM in general. However, by '85 NASCAR mandated a front track width of 60" (Fords were running at 58"), which the GMs were already. I've read that because of this Ford teams had to bulge the fenders which was a big disadvantage, offsetting any advantage of the narrower front end. During the season NASCAR raised the Fords by an inch and lowered the GM cars, but this just made them the same height as the Fords had been the recipient of a rules break until they demonstrated parity.
You must log in or register to reply here.
Share:
Facebook Twitter Reddit Pinterest Tumblr WhatsApp Email Share Link
Top Bottom