The Hunt The Front DLM bunch bought a SB2. Apparently there is an updated version called SB2.2 also. The OG SB2 was a Nascar 358 cu. in.. Now it's widely available as 440 cu. in. They bought a 440. Lots of whining on their YouTube channel by the haters about the SB2 not being any better than their 12 year old Draime which they hurt at Eldora. It dyno'd last rebuild @856HP. Not 100% certain what size the Draime is but think 430.

Just looking for info about these. Haven't really found much data for OG SB2 at larger displacement. What I did find said it was strictly a high-RPM engine that lacked torque. Thing is, on dirt, not sure that's a deal breaker. Hard to hook-up torque monsters. If mods feel the need can move to Short Track/Dirt Late Model Section.

Something like this is interesting. Guy in the comments seems to know his stuff.

You may find that the SB2 with it's large volume intake runners makes it difficult to get up to speed on restarts. They are great for top end horsepower but a little boggy out of the hole. Once the power & torque come in it's easy to blow the tires off. We struggled with the "big headed" motors in our modified for a year or two using some old NASCAR stuff and finally went to a Mullins and it made all the difference in the world. Good luck
Click to expand...

The original SB2 used the same standard configuration small block engine block as was used on the 23 degree and 18 degree NASCAR engines, and used a weird offset valvetrain setup to accommodate the location of the valves in the SB2 cylinder head. The SB2.2 introduced a new block specially configured to more perfectly match the cylinder heads. The lifter bore locations were relocated, and I BELIEVE that the Chevy supplied blocks came with the larger cam bore opening to accommodate the larger diameter camshaft core and set up for the roller cam bearings. Previously the engine builders had to do all that work themselves.

I also BELIEVE that the SB 2.2 came from Chevy already configured for the separate valley tray, meaning that unlike the classic SBC, the intake spider was just that, and didn't seal the top of the block, carry any coolant or contain the distributor. I'm hazy on the details now, but I know there were other ongoing improvements that went into the SB2.2 block. One of the goals that Chevy pursued was to try to supply blocks and heads that required less reworking by the engine builders to get them in race ready condition. The SB2.2 started that, and the R07 carried that on. The R07 incorporated thing like piston coolers in the design so the engine builders didn't have to, and reduced the number of external water lines and such. The actually castings also come much closer to final configuration, and less metal has to be removed.

When the restrictor plates were added the info about engines just about disappeared. everything became secret. I'll look at the HTF engine and see if it's 2.2. I'd hope so.

Engine shows up at 12:13. Gonna have to do some searching to see how the intake/valley pan deal looks on 2.2. 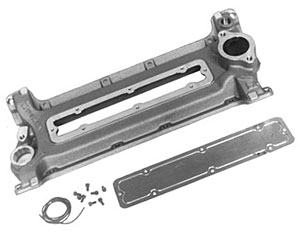 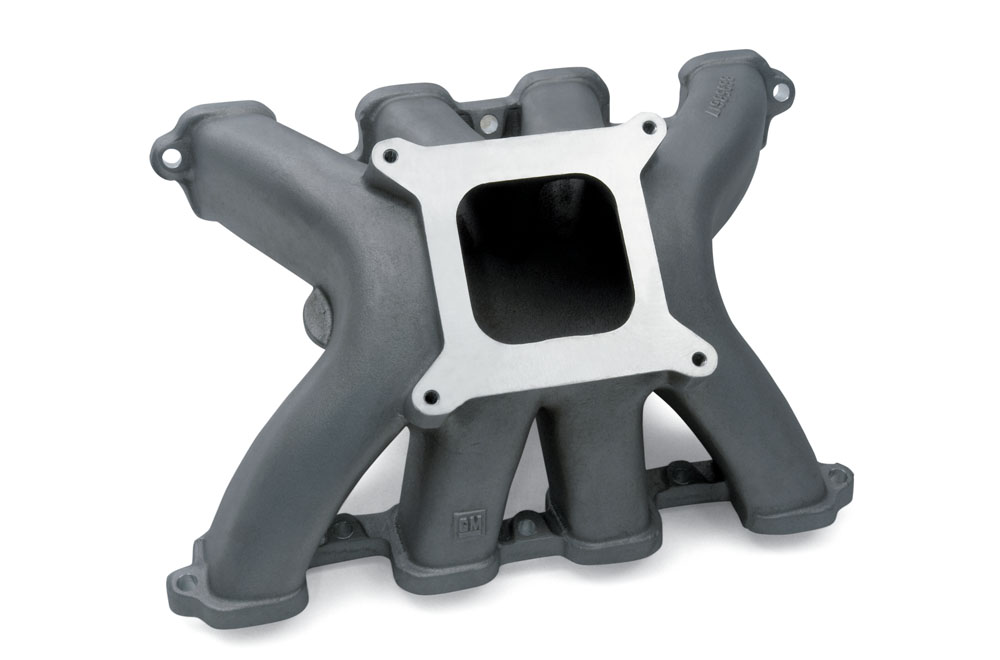 From what I kind find GM didn't produce an Aluminum SB2 block. So everything in/on this engine is likely aftermarket. Looks like SB2.2 to me?

I have to admit that I didn't even realize that GM was still offering parts for these engines. I thought everything that was out there was just leftover NASCAR stuff and maybe a small amount of aftermarket stuff. You are correct that GM never offered an aluminum block, because the engine was strictly marketed as a NASCAR engine, and aluminum blocks are not allowed.

I know at the time these engines were on the market, a FEW sportsman drag racers were using them, but basically they either had to make the NASCAR parts work for them, or build their own stuff. I also know a few people that had less radical camshafts ground for them and made hot rod engines out of them, but from I saw, even used, the parts were terribly expensive. In an era when you can make 800 naturally aspirated horsepower on pump gas with a LS based engine, I'm surprised people are still trying to make this old iron work. 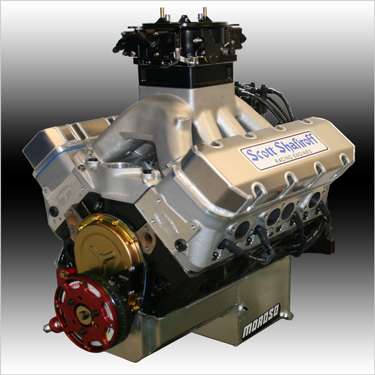 Semi-related info. The bottom end and valve train are much more similar to the SB2.2 than I expected. 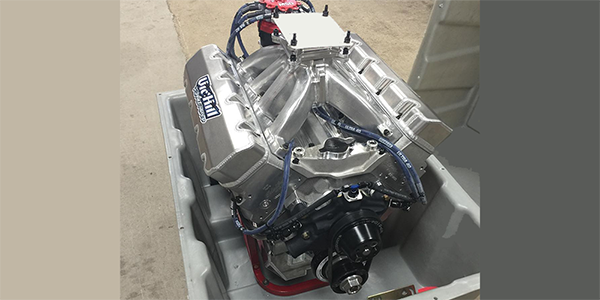 When NASCAR's RO7 came out, there were two different cylinder heads GM had to take over the SB2, but one of them (the RO3) was never approved. Vic Hill noticed the RO3 head would be great for short track racing, so he bought up all the RO3 heads GM had and put his shop, Vic Hill Racing Engines...