I'm just waiting for Bubba to come back and whip some ass. FMOTP!

gnomesayin said:
I'm not sure. College basketball seems likely. Is there a WWE thing on Saturday nights now that Fox is involved with that ?

I prefer NBC's coverage of outdoor motocross to Fox Sports' Supercross telecasts. Weigandt and Langston are a good announcing team. However, it is arguable that FS1's showier approach fits Supercross. I would welcome a little more serious coverage. Ralph Shaheen has had a fine motorsports broadcast career, and his enthusiasm is genuine, but he is lacking in knowledge and makes a lot of mistakes. I will miss the lovely Jenny Taft, who has sadly been 'promoted' to hosting the awful Skip Bayless talk show. What a waste of a solid reporter.

I find it odd that A1 is about 8 weeks away, and nobody knows for certain where it will air.
Click to expand...

They better already have an NBC deal inked. 8 weeks is not a lot of time and Fox's departure was abrupt.

AndyMarquisLive said:
They better already have an NBC deal inked. 8 weeks is not a lot of time and Fox's departure was abrupt.
Click to expand...

It *seems* like NBC has been closing in on it for months, but it is very late to not have anything officialized.

gnomesayin said:
It *seems* like NBC has been closing in on it for months, but it is very late to not have anything officialized.
Click to expand...

Possible the Fox deal had to expire first or something. I mean, if NBC is announced tomorrow or next week, it's safe to say it's been in the works.

I am really excited for NBC to bring the racing back to Supercross.... but then I remember that Rutledge has Diana Dahlgren's old job showing tweets to the world on NASCAR's telecasts. Soooooo yeah.

I hope they keep Emig and Charmichael. I like Ralph too just because he's a legit race fan but his announcing can be a bit much.

You're going to give me nightmares with that Rutledge talk. Now if they can get Junior to drop in on a Supercross race, that would be cool.

I do not hope they keep Emig, at least not as lead analyst. Grant Langston is much better.

If Carmichael wants to be involved, I'm sure there's a place for him. Same for Dungey.

gnomesayin said:
You're going to give me nightmares with that Rutledge talk. Now if they can get Junior to drop in on a Supercross race, that would be cool.

I do not hope they keep Emig, at least not as lead analyst. Grant Langston is much better.

If Carmichael wants to be involved, I'm sure there's a place for him. Same for Dungey.
Click to expand...

I'd be stoked to have NBC's moto crew calling SX races also. Emig still needs a job though

Also excited that the MX season will no longer not exist to SX television.

Jesus, this sport is brutal. Get well soon Weston Peick. I haven't seen the incident, and I don't think I want to.


UPDATE NOVEMBER 20TH 4 PM | Road2Recovery has released a further update on Peick’s status and has set up an official account to accept donations to help with the medical costs associated with the injuries. Per the press release, “Peick underwent an extensive first surgery late last night at the hospital he was transported to after his collision with Dylan Ferrandis during the opening night of the 2018 Paris Supercross. Peick was heavily sedated to help relieve the extreme pain from his injuries and post-op surgeries. His first successful surgery was to fix the multiple nose, eye, and other facial fractures including two breaks in his jaw and dual dislocation of the jaw bone from his skull. His injuries are extensive and very serious but the doctors have confirmed no brain or spinal damage has occurred, and he is expected to make a full recovery. Peick is now awake and under minor sedation to help offset the tremendous pain he is in. His physicians are assessing his status and starting phase two of his treatment to determine the timeline for his second surgery.

“Peick, his father Louie, fiancée Kelly, and mechanic Travis are with him as he recovers from his first surgery. Being so far away from home, the medical care they are accustom to, and the language barrier is making the recovery process a bit more difficult on everyone. Staying in France for the second surgery will be a long and expensive process. It is the only option for him, as air transfer is not a safe option yet, due to the trauma he sustained to his face. Peick is expected to undergo his second surgery within seven days from now with a hopeful US transfer date of ten days post-opt making that an expected home arrival around early December. Once he is medically released, both his Paris doctors and US surgeons are expecting him to require medical assisted air transport to safely fly. The total cost to transport him back home to the states is projected around $104,000.00, this is not including the bills from his over three weeks in the hospital.

“The extended international hospital stay, two surgeries, and medically necessary assisted air transfer are accumulating towering medical bills that Peick's international and US insurance policies will not cover 100% of. A longtime supporter of Road 2 Recovery, Peick is now in need of our support. Road 2 Recovery's board members have approved a grant to contribute to the funds needed to get Weston back home. The medical bills are projected to be far greater than his insurance and the R2R grant can cover. A R2R-Fund has been set up to get him back home. You can help support Weston by making a tax deductible donation here. All funds raised will go towards his substantial medical bills and the medical air transport.

“The Peick family's main goal is to get Weston back home to the States as safely as possible so he can get back to doing what he loves most, racing. Weston's road back to racing will be a long and difficult one; but one that will be achievable with the support from family, friends, and fans. Any contribution towards Peick's R2R-Fund is greatly apricated and will go a long way. He and his family are very grateful for all the love, prayer and positive thoughts everyone has sent his way.”
Click to expand...

Jesus this is the first I'm hearing of this. MX is so ridiculously brutal. Several injuries to his face.. I saw video and it doesn't show much but I can only assume the damage was done by the bars. He tapped Ferandis on top of a table and hit the face of the next jump front wheel first.....

Get well soon Weston. Dude is a badass. He'll be back.

Yikes, a major bummer. But at least there is good news... no brain or spinal injuries.

Is Joe Gibbs Racing not responsible for medical costs?

One would hope that JGR is stepping up and assisting. Legally speaking, I doubt they are contractually responsible. This likely comes down to the rider's personal insurance policies, and no doubt in many cases there is insufficient or nonexistent coverage for injuries this severe. From what is posted on his donation page, "The extended international hospital stay, two surgeries, and medically necessary assisted air transfer are accumulating towering medical bills that Peick’s international and US insurance policies will not cover 100% of."

This is semi related and equally gnarly. Especially regarding liability. Not trying to take away from the Peick news

No word yet on TV. NOT a good sign. 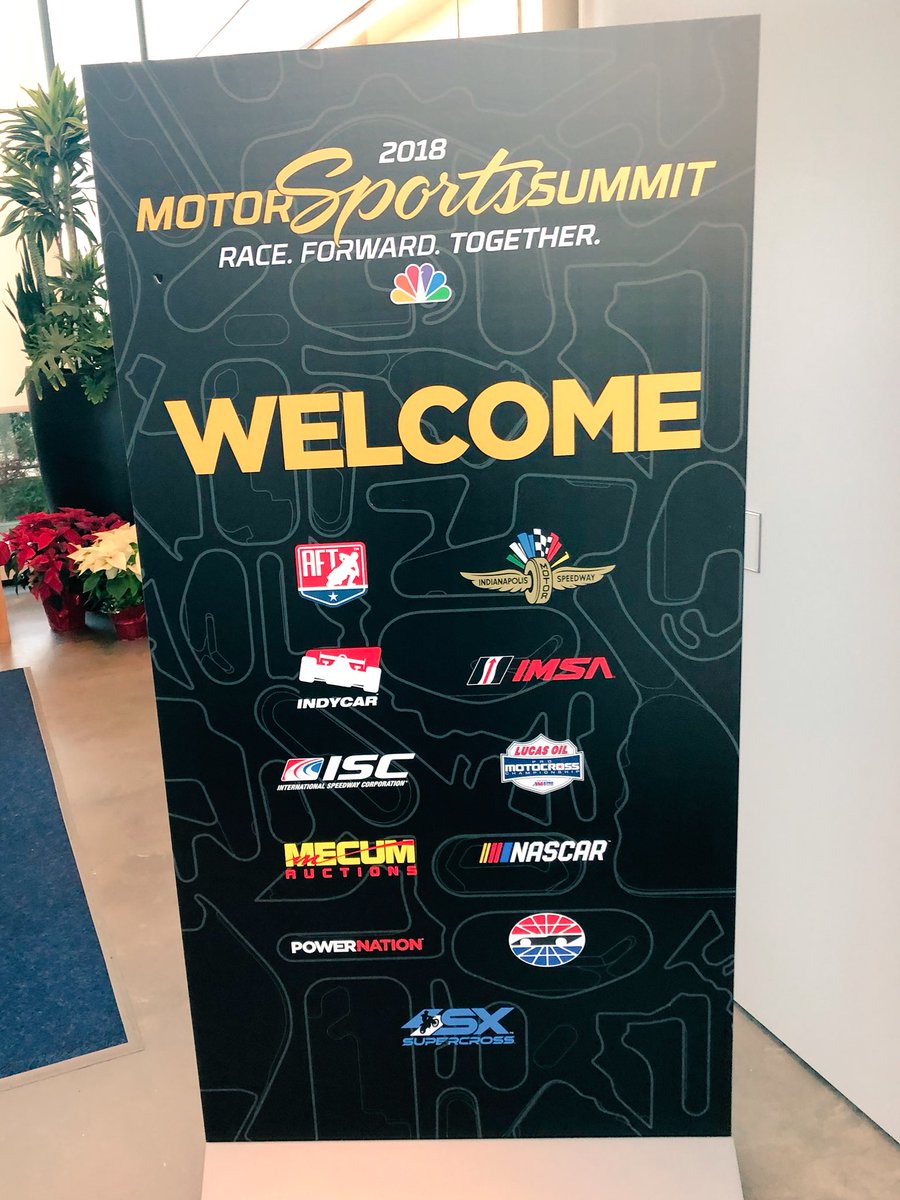 Less than 24 hours after breaking a femur. Badass dude and badass drugs 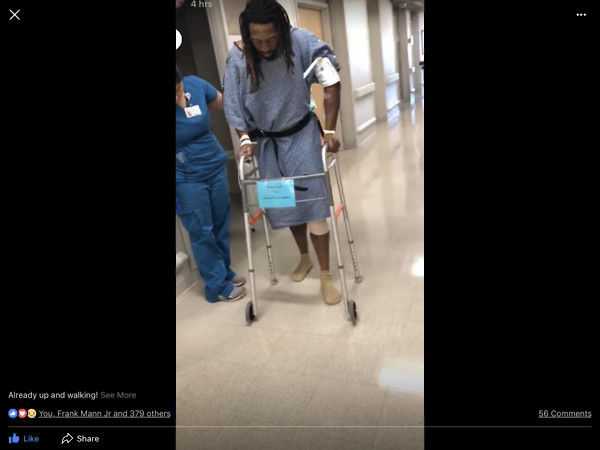