Random NASCAR Stuff to talk about.....

I know why NASCAR has had the decline it did.

Social media frying attention spans, conditioning people to expect instant gratification, in a sport where the goal is to finish first over 500 miles that's not exactly good

Dale Jr has been calling every day

Different tricks of the trade on the Gen 6 car.

Wrong thread (I can't find the video game thread) but I painted one of my Forza Horizon cars to look like my favorite NASCAR paint scheme...... 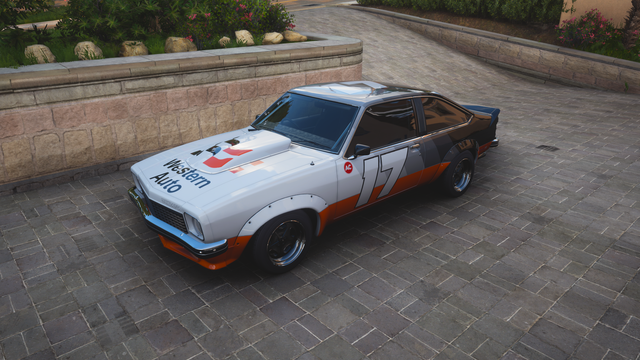 As a major sport, we at NASCAR have developed new units of measurement that we use in the garage that some fans may not be aware of.

According to a report from AnnistonStar.com, which was the first report of Ortiz’s arrest, Talladega Chief Deputy Josh Tubbs states the incident that led to Ortiz’s arrest began with an argument over a woman.

Tubbs also says, in the report, that Ortiz is accused of “sucker punching” Hughes in the back of the neck to knock him down and then proceeding to kick the victim in the back several times.

Sheriff Jimmy Kilgore told AnnistonStar.com that Hughes is still undergoing extensive physical rehabilitation after several surgeries and is in the process of learning to walk again.
Click to expand...

I never heard anything about this at all. Maybe I just wasn't paying attention?

"Some people claim, that there's a woman to blame..."

Interesting...argument over a woman and he is married to Jennifer Jo...hmmm.

Charlie Spencer said:
"Some people claim, that there's a woman to blame..."
Click to expand...

No...its his own dam fault.

Yes, it is time to return to racing, any kind, anywhere.
M

They should have settled it at Appleby's.

Bell won another Chili Bowl preliminary night feature Thursday, placing him in a tie for the most such victories in the event's history.

Some residents are w/o power in Mooresville, doesn't stop Reddick from cooling his beer off: